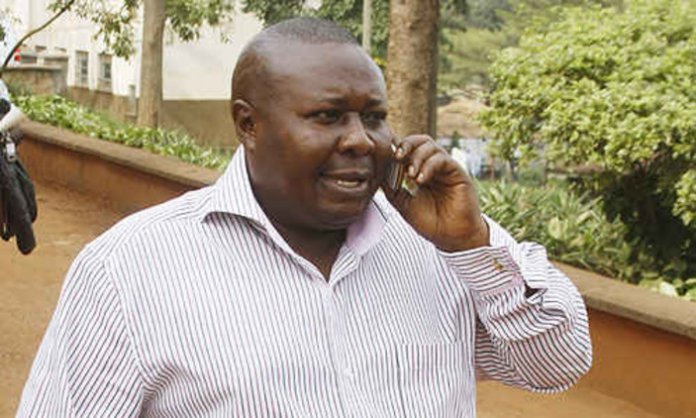 City businessman Godfrey Kirumira is having a very bad weekend after allegedly being clobbered by soldiers in Muyenga, Kampala, overland.

Our source reveals that Kirumira was allegedly whipped, kicked and thumped by the mean soldiers as he inspected land near his International Hotel in Muyenga although it is not yet clear why they clobbered him.

However,  a source close to the Kwagalana Chairman intimated that the fracas started after Kirumira and the soldiers failed to agree over ownership of a piece of land near his hotel, which sparked off the scuffle that ended with him running away, because of the blows, kicks, and Kibokos that were raining on him from all directions. It is said that that the Tycoon fled for his dear life while shouting on top of his voice, calling out for help, but all in vain.

Surprisingly, Kirumira is yet to file a case of assault at Muyenga police station since our informant there tells us that he hasn’t reported the matter yet and could still be undergoing medical attention.

But it should be noted that Kirumira is not new to land wrangles. Currently, the Wakiso Resident District Commissioner Rose Kirabira and the Entebbe Deputy RDC Noor Njuki are clashing over a land wrangle involving  Kirumira and Engineer Moses Angol. The eleven-acre piece of land is situated along Mabamba Road in Kasanje Sub County, Wakiso District.

Kirumira is also involved in a property wrangle with city lawyer Deox Tibeingana,  over ownership of properties worth billions of shillings.

In the case filed before the Commercial Division of the High Court, Tibeingana accuses Kirumira of forcefully grabbing his property which he handed to him as collateral security.

Tibeingana alleges that in 2017, Kirumira disbursed a loan of Shs2.3Bn to enable him to develop some properties of interest and some were given as security.

It is alleged that pursuant to the agreements, Tibeingana handed Kirumira three certificates of titles for three condominium properties with each valued at Shs300m.

Tibeingana contends that contrary to the agreement,  Kirumira instead transferred the titles to persons who were not part of the transaction among them his wife, Ms. Grace Namara.

In September this year, the High Court Commercial Division ordered Kirumira to compensate Stephen Sendagire and his wife  Gladys Nannyombi after he illegally grabbed their school in Bwebajja, along Entebbe Road, under the pretext that he lent them money and they failed to pay back.

According to the judgment read by Deputy Registrar Lillian Buchana,  court-ordered Mr. Kirumira to pay Shs200m with interest of 21 percent from 2008 to date, as special damages to the complainants, Stephen Sendagire and his wife  Gladys Nannyombi.

The Judge also ordered Dfcu Bank to pay the complainants Sh100m for losses incurred during the sale of their mortgaged property.

Justice Elizabeth Jane Alividza held that the school property was sold undervalue of Shs300 yet earlier valuation done in June 2007 had valued the property at over Shs500m. 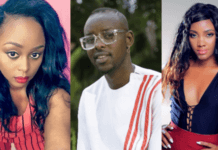