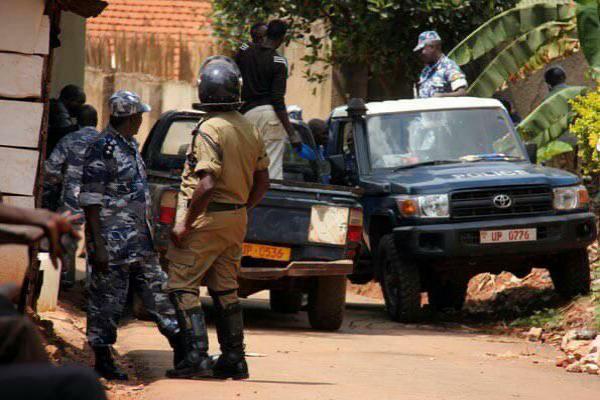 Police have this morning sealed off Hon. Betty Nambooze’s home in Mukono.

The vocal lawmaker was planning to launch the signing of the ICC petition in Mukono.

This comes hours after the Opposition Forum for Democratic Change (FDC) in Kasese and Kampala was raided by unknown goons.

Milikiodi Bwambale, the office attendant, told journalists that operatives stormed and searched the offices located on Alexander Street at about 12:30 pm.

The operatives arrived when the party’s district chairperson, Saulo Maate, was being interviewed by two NTV journalists.

They took away forms that were supposed to be signed by party members to support a petition that will be used to drag President Museveni to the International Criminal Court (ICC) for allegedly committing crimes against humanity.

They also went away with four mobile phones; two of which belong to Maate.

Security also confiscated the phones of Eric Mwesige, an NTV correspondent based in Kasese District and Simon Bwambale, a correspondent from Bunyangabu District.

This comes just a day after unknown people broke into FDC offices in Kampala and stole equipment.