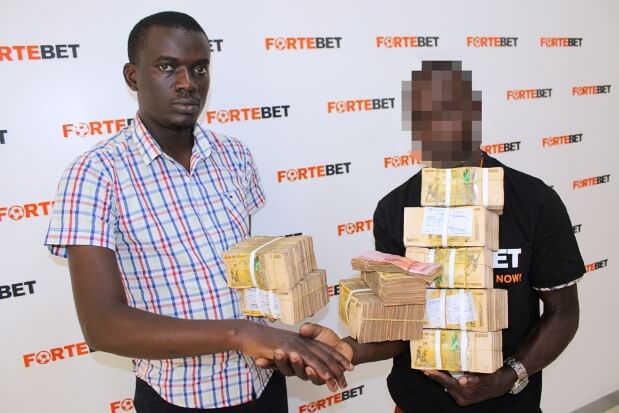 A man from Kawempe is on the brink of losing his long term relationship to his girlfriend as she threatens to leave him unless he pays her 40M.

The whole gist was narrated by a Twitter user (@Yemihazan), The man in question took his girlfriend’s money 10,000 when she visited him, she had forgotten the money on his shelf while leaving for the saloon.

The man played a bet that spanned for 2 days and promised to pay her back the money soon.

In an exciting euphoria, he shared the good news with his girlfriend and that was where the trouble started.

The lady demanded he gives her 40M from the money he won since he used her money to play the bet.

But the guy refused and said he promised to pay back just the 10,000 he took, and that he wanted to boost his business with the money hence he could only give her 5,000,000 out of the money.

The lady felt cheated and decided to move on as she was being unfairly treated unless she was paid the 40,000,000 she demanded.

What is your take on this matter? How would you judge them both?