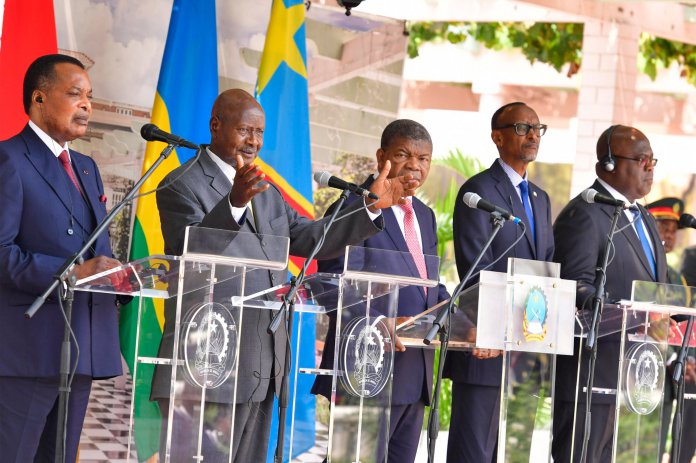 TWO days after President Yoweri Museveni of Uganda and his Rwandan counterpart Paul Kagame signed a memorandum of understanding in Angola aimed at restoring cross- border activities, the border remains closed with no sign of activity yet.

Several traders who had hoped they would cash in with the immediate opening of the border remained stranded on both sides as Rwanda declined to open its side and allow trucks from Uganda to enter through Katuna nor permit its citizens to cross over.

“We are stuck. There is no indication from the Rwandan side that they will open their side even though ours remains open,” Kisoro Resident District Commissioner Capt. (rtd) Peter Mugisha said.

On Thursday, Rwanda’s state minister for Foreign Affairs in charge of the East African Community Olivier Nduhungirehe insisted they would not lift the travel advisory issued in February barring Rwandans from travelling to Uganda until all their citizens detained in Uganda were released.

“The implementation of the MoU will rely mostly on the good faith of Uganda. The release of all Rwandan citizens illegally detained in Uganda will be an important sign of their goodwill,” Nduhungirehe told Rwanda’s KT Press and also tweeted.

“They [Uganda] were arresting them (Rwandans) on a daily basis. They should release all of them, without exception.”

“We are not going to respond in the media to issues that were raised or should have been raised, and handled in Luanda.”

“That may be their (Rwandans) position which has not been communicated to us formally. The spirit of what was agreed is that all the issues have to be resolved amicably.”

Asked if Uganda will release the Rwandans whom authorities accuse of espionage, harassing refugees and engaging in activities which destabilize Uganda, Mugoya responded:

“Our position that all Rwandans are welcome to Uganda. If people are arrested, the due process of the law must be followed.”

“We expect each other’s citizens to conduct themselves in accordance with the law. If you break the law in Uganda, whether you are a Rwandan or anybody from whichever country, you are held to account.”

“If you have a case to answer, you just can’t be released because the law has to be followed.”

Last month, while responding to claims by Rwanda that Uganda was arresting its citizens, Ofwono noted that security was only hunting for criminal elements and that it did not matter which country or tribe one came from.

The agreement between Museveni and Kagame signed in the second quadripartite summit on Wednesday was facilitated by presidents Joao Lourenco of Angola and Felix Tshisekedi of DR Congo.

President Dennis Sassou Nguesso of Congo Brazzaville witnessed the signing as chair of the International Conference on the Great Lakes Region. In March, Rwandan authorities blocked Ugandan cargo from entering their country and also barred their nationals from travelling into Uganda.

This triggered an economic and social crisis for the communities that were living near the border. According to the pact signed, the two leaders agreed to, “respect the sovereignty” of Uganda and Rwanda and other neighbouring countries.

Both leaders also agreed, “to resume as soon as possible cross-border activities between both countries, including the movement of goods and persons, for the development and improvement of the lives of their population.”