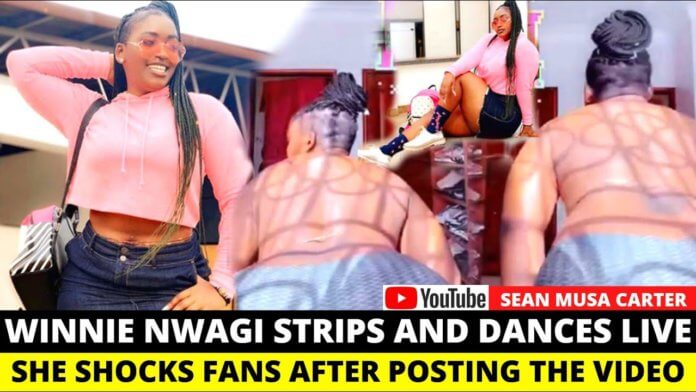 Swangz Avenue singer Winnie Nwagi has shocked many of her fans and followers after leaking a video clip of herself undressing and shaking her bum non-stop to quench their thirst. This video has gone viral.

Just like almost all her previously released video clips on her social media pages, especially SnapChat and Instagram, even this time around Nwagi posted the video herself.

Seen probably at her home in her house and in the bedroom, the Kwata Esimu hit singer is seen dancing with nothing on but her knickers and ponytail hair as she keeps the groove on for minutes.

Even though Winnie Nwagi, later on, deleted the video, our snoops had already gotten a copy of it and we have it here for you to also enjoy and feed your eyes.