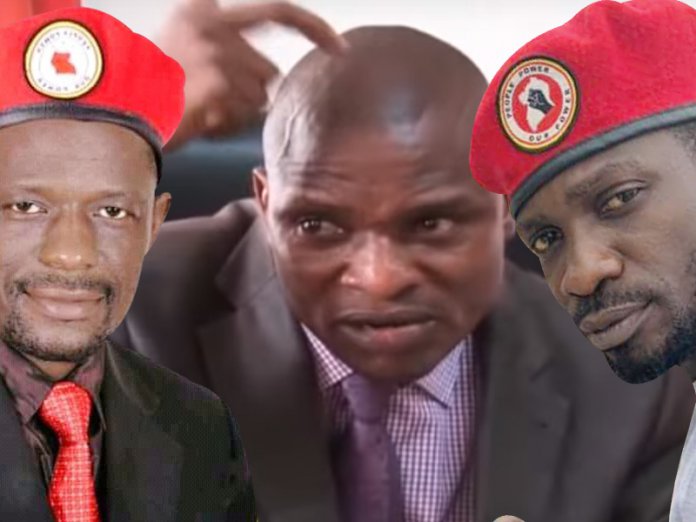 Tamale Mirundi the presidential advisor concerning matters of the media has condemned the family of Robert Kyagulanyi the Kyadondo East Mp of sucking dry and misusing their brother’s image.

Joseph further alleged that Boi’s Family is taking him for granted, seeing him as an asset or means of accumulating wealth to satisfy their greed for a lavish lifestyle.

“I earlier on thought that Bobi Wine will one time be president of this country but he has failed to handle the process of achieving presidency in countries like Uganda. How can you mobilize people to organize a very expensive wedding for your brother in the middle of the struggle? Bobi Wine miscalculated when he attended Fred Nyanzi’s wedding meeting and it has decreased his chances of becoming the next president,” Mirundi said.

He criticised his family behaviour of undermining Bobi wines struggle that ever since Bobi wine joined the arena of politics his family has moved from celebrating small birthday parties to holding multi-millions wedding ceremonies.

They don’t know that they are sacrificing their brother’s chances of becoming the head of state.

The Kalagala born noted that experienced politicians like president Yoweri Museveni and Kizza Besigye cannot be caught in such traps, he gave an example that during the 1986 rebel struggle Museveni warned his fighters both in the bush and those who were tasked with mobilising for funds for the struggle not to engage in any expensive activities like weddings and parties because they would demoralize their sympathizers who would think that they are fighting for themselves.

“He (Nyanzi) has been with that woman for over 15 years why has he decided to officially wed her now? This is a bad signal to other people in the struggle because it shows them that if they attain power, they will be extravagant,” Mirundi said.

He said that if he was an adviser to Bobi Wine he would have told him to delegate someone to attend Nyanzi’s wedding meeting instead of being there
himself.