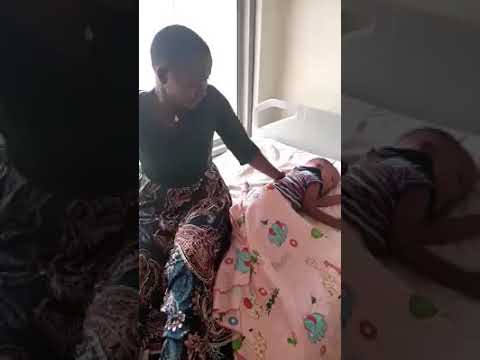 There has been a trending video showing a lady with a sick child diagnosed with Corona Virus crying out to Government officials to aid her child who is about to die due to negligence of the health workers.

According to her story, ever since she was brought into quarantine her child has not been given food or any medical aid to help the child fight the corona virus.

“When we tell them to get us food or anything to eat they run away even if we persuade to give them money,” she said

This has led Ugandans to doubt the capability of government health officials who have been assigned to fight the deadly Pandemic which has brought the whole globe to a standstill.

It should be noted that this is not the only sick child in Uganda on Wednesday an 8-month-old baby was diagnosed with the same disease who was said to have been infected by his father, who recently returned from Kisumu, Kenya.

Though the victim and the mother had been put under institutional quarantine, it had been alleged that the father had gone AWOL and was being man hunted so as to avoid the further spread of the virus but later on the Ministry health officials confirmed that the patients are still under quarantine.