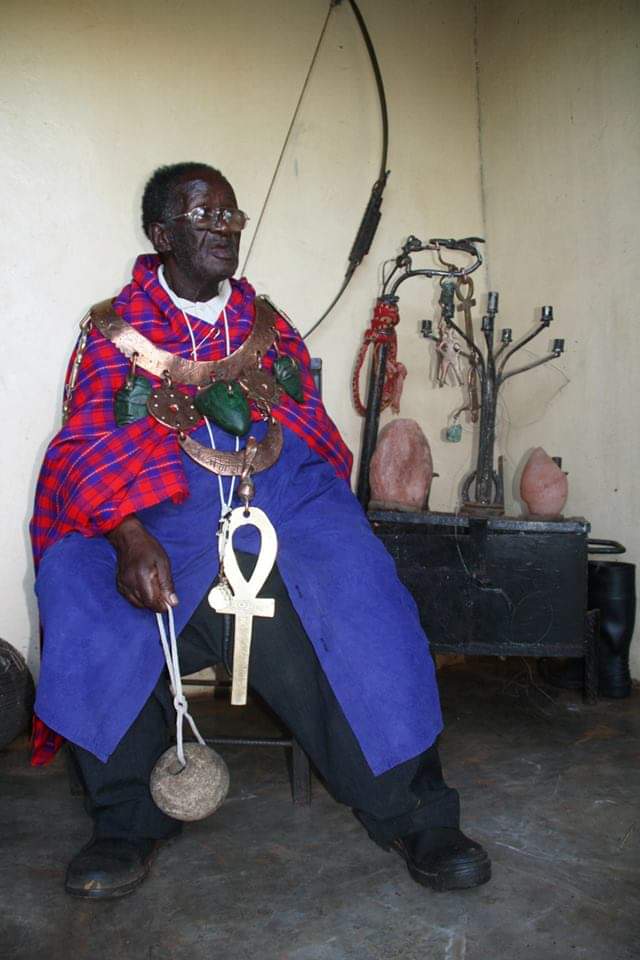 Credo Mutwa was a Zulu-Kemetic priest born in 1921. He was the most famous of southern Africa’s spiritual leaders to use African spirituality as a weapon against colonialism.

He recently transitioned on the 25th of March 2020 just short of reaching the age of 99. He lived so long because he never took a single European “medication.”

Mutwa, as the prefix of his name suggest, was a disciple of Mut, the original mother deity of the whole African continent; wife of Amen-Ra and mother of Khonsu. She was also known as Nomkhubulwane in Zulu.

The legendary Mutwa was a great leader who fought against European enslavement of history; he promoted the widely known southern African knowledge that their great stone ruins (known mostly from Great Zimbabwe but spread across southern Africa) are over 100,000 years old, of which he taught the Europoid South African scholar Michael Tellinger, author of “Temples of the African Gods.”

Unfortunately, Tellinger (not being a true African) could not understand Mutwa’s typical African allegorical style of preaching spiritual science. Tellinger mistook his reference to extraterrestrial reptilians as literal!

However, Mutwa was referring to the reptilian part of our brain, called the R-complex. In the past, we were led by that part of our brain and had to rise above it. Throughout Africa is the legend of reptiles being worshipped and having to be transcended.

Such as Bida in the Epic of Wagadu from the Ancient Ghana Empire. These are analogies for our worship of our lower self before we could rise and control the reptile part of our brain as Damballah-Wedo, Wadjet, or what Indians call Kundalini.

It was southern Africans who were the world’s first masons. They brought the science of masonry to Kemet over 35,000 years ago when Africans from across the continent were gathering there to establish a fort to defeat Neanderthal invasion from Eurasia.

Now he joins the Shepsu in Amenta as an eternal star to be reincarnated thru our grandchildren. Asé.