Former Uganda Police Chief Gen Edward Kale Kayihura is allegedly stuck in Nairobi where he had gone for medical operation, according to Grapevine news website.

It is alleged that Kayihura had an operation on the stomach last week and he was supposed to jet into the country this week but because both Kenya and Uganda are under lockdown due to coronavirus pandemic, he cannot make it back home at this particular moment.

According to the local news website, the senior Army General was admitted to Nairobi Hospital early this month after getting complications in his stomach which worsening day by day. He was flown to Kenya because his doctors in Uganda could not handle his case.

“He is feeling fine now and if it was not for this coronavirus pandemic, we were expecting him this week but there is no person allowed to enter the country as a passenger,” Kayihura’s relative told Grapevine.

This was also reaffirmed by Senior Presidential Advisor on Media issues Tamale Mirundi who is Kayihura’s close friend.

“Yes I talk to my friend General Kayihura and he is in good health now, he called me on phone and he told me that he doesn’t have any children in politics as I said earlier in one of my radio programmes. He told me that he had undergone multiple operations and he is now feeling okay,” Mirundi said.

After being fired as Police IGP in 2018, Kayihura was arrested and charged in the General Court Martial sitting at Makindye with three counts.

Gen Andrew Gutti, the chairman of the court, presided over the proceedings.

Gen Kayihura was charged with aiding and abetting the kidnapping by commission, repatriating Rwandan exile and refugees and Ugandan citizens to Rwanda between 2012 and 2016.

He was also accused of failing to protect war material by issuing arms to unauthorised persons including Boda Boda 2010 members led by jailed Abdallah Kitatta between 2010 and 2018.

He was later granted bail.

During his tenure as police chief, the number of police officers rose from 15,000 to 50,000. He made stopping Dr Kizza Besigye’s quest for power his pet project, breaking up the gatherings of the Opposition chief and overseeing his arrest several times.

Towards the end of his tenure, the police office seemed to go a bit out of control, with President Yoweri Museveni accusing the Force of being infiltrated by criminals and eventually ordering the army to arrest a number of senior police officers and other Gen Kayihura’s associates, which ended with the arrest of Gen Kayihura himself. 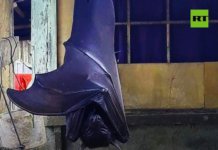