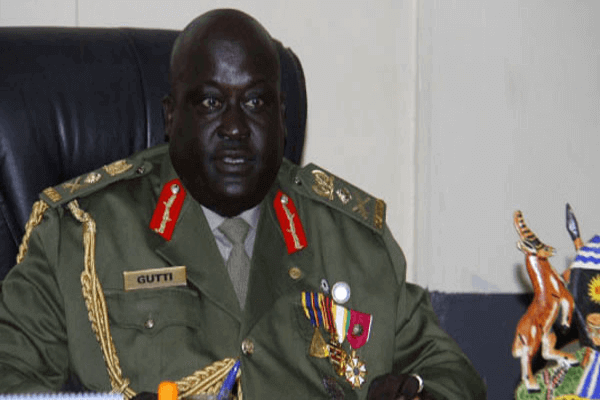 Five Local Defence Unit (LDU) personnel, including their detachment commandant in Napak district, have been arrested over the torture of their colleague to death.

The victim was identified as Jonathan Lomelo, 25, son of Gen. Andrew Gutti, the chairperson of the General Court Martial.

Lomelo was allegedly flogged to death after he shot a colleague under unclear circumstances. The Uganda People’s Defence Forces (UPDF) only identified the commander in custody as Angella. He is in charge of Irriri detachment.

The incident happened at Irriri trading centre in Napak district on Sunday. An eyewitness who spoke on condition of anonymity said: “We saw Lomelo running into hiding with LDUs in pursuit. They threatened to kill him if he did not surrender his weapon.”

According to sources, Lomelo, for yet unclear reasons, shot the person who was in charge of the armoury in the barracks. He then fled into hiding but after he was pursued, he surrendered.

The LDUs reportedly flogged Lomelo before handing him to the Police, who handcuffed him and locked him up. The next morning, he was found dead in the cell.

Lomelo is among the over 3,000 LDUs at Olilim Military Training School in Katakwi district. His body is being kept in Matany mortuary awaiting burial. The UPDF 3rd Division commander, Brig. Gen. Joseph Balikuddembe, said the matter is being investigated. Balikuddembe condemned the act of torture, saying if their colleague surrendered, they should not have beaten him.

He, however, condemned the shooting of his colleague and Lomelo’s attempt to escape. Balikuddembe said the group of soldiers involved in the incident has been arrested. He said there is need to establish why Lomelo died from the Police cells.

The Resident District Commissioner (RDC) of Napak, Haji Kadunabi Lubega, said the Police would have provided first aid for the victim instead of detaining him.

“They should have given him first aid to save his life after which statements would be taken,” he said.

A close relative said they were not happy with what Lomelo had done but they were equally unhappy with his colleagues who tortured him to death.

Efforts to speak to Gen. Gutti were futile as his known numbers were not available.