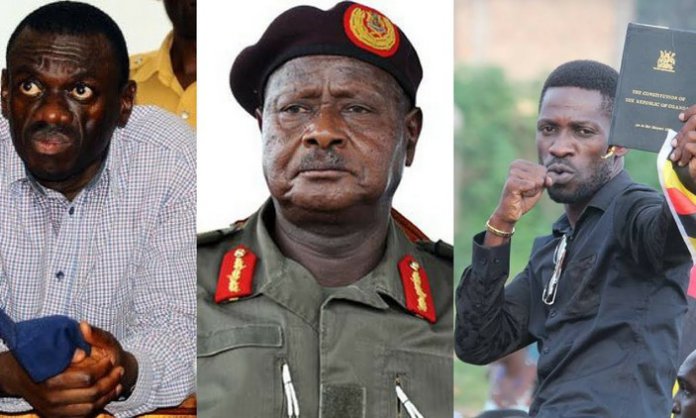 The National Resistance Movement (NRM) is closely watching the disagreements in the Democratic Party (DP) and People power Pressure groups.

According to the NRM party’s national treasurer, Rose Namayanja, there is no more need for the ruling party to tell Ugandans that Opposition parties and pressure groups are too weak to manage the country, Namayanja remarked in reference to the latest wrangles that have hit the oldest political party in Uganda, DP, on Saturday.

Namayanja said the NRM is well-prepared for the 2021 general elections. “As NRM, the day we finish an election, we immediately start with planning for the next one,” she noted

Namayanja was speaking to journalists after a thanksgiving ceremony for Paul Mugerwa and his wife Rebecca Mugerwa, at Ngobe Seventh-day Adventist (SDA) church in Bunamwaya, Wakiso district.

The couple was thanking God for spending a decade in marriage and the various educational achievements they have obtained. Money raised at thanksgiving was dedicated to establishing a marriage center at the church.

Out of the sh6m collected in cash, NRM contributed sh3m. “When you fail before taking power, it shows Ugandans that you are not prepared to manage leadership,” she said. “If you have failed to manage small parties, how will you manage the whole country?”

The latest infighting in DP has placed the party president general, Norbert Mao and his royalists against the party MPs and those that Mao regards as dissidents.

The ‘anti-Mao’ faction faults Mao and a few members of his executive for mismanaging the party. It is on those grounds that they are demanding accountability for all the party funds.

The attack on the party leaders two weeks ago, during a National Executive Committee meeting at Nakulabye in Kampala, by a group of suspected party members, was a highlight of the deepening crisis.

The party vice-president and the East African Legislative Assembly (EALA) member, Mukasa Mbidde, was injured, while Mao and some of his executive members survived miraculously.

The party responded by suspending the party organizing secretary, Suleiman Kidandala, on grounds that he violated the party constitution. At a press conference last week, Mao threatened to block all the leaders and party branches opposed to him from attending the party’s delegate conference, originally scheduled at the end of May.

Mao has since indicated plans to postpone the conference due to the wrangles. Namayanja, however, appealed to DP and other Opposition parties to put their houses in order. She added that internal party disagreements frustrate multi-party democracy.