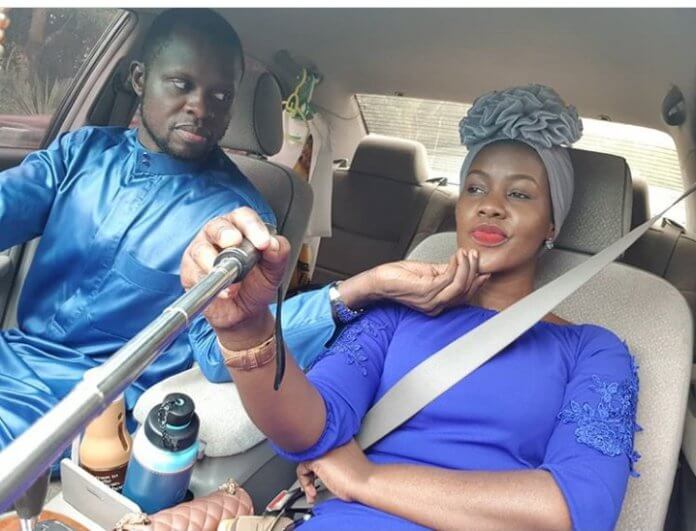 All is not well in the love life of popular NTV star Faridah Nakazibwe, a veteran news anchor and host of the ‘Mwasuze Mutya’ program.

Our  Spies at the TV station intimate that Nakazibwe is so sad and blue because matters of pregnancy have sparked off turmoil in her love life with Dr. Omar Ssali.

Her pals whispered to our spy last night that Nakazibwe and Dr. Ssali have been married for almost four years but despite having children from her past marriage, the bummy gorgeous babe has found it very difficult to conceive for him.

As a result of the complications in her love life, Spies reveal that Ssali has since decided to distance himself from Nakazibwe, claiming to be too busy attending to his patients in the United Arab Emirates.

According to our source, Ssali has distanced himself so much from Nakazibwe that even during this year’s Valentine’s Day he never featured or sent her flowers and chocolates like he used to do.

“She is so lonely that she spends most of her time in gyms these days, in a bid to work out as a distraction from the loneliness.?,” one of her pals said.

Pals also revealed that she has since deleted all Ssali’s pictures from her Instagram and other social media platforms.

Before she met Ssali, the TV star was reportedly involved in a passionate, steamy affair that saw him dump his (Kigongo) then-wife Olive Kigongo.

However, the pressure Kigongo’s wife and her children, among them Cedric Babu put on Nakazibwe became too much for her to bear that she fled from his arms, after being seduced by Ssali.

When she dumped Kigongo and fled with Ssali, he hooked a new babe but he waged a vicious war against Nakazibwe and her hubby, to the extent that Spies reveal he vowed to teach him a lesson he will never forget one day. Watch this Space for Details!!