The head of the State House Anti-Corruption Unit, Lt Col Edith Nakalema, has vowed to leave no stone unturned in her efforts to weed out corruption in government ministries and departments.

The unit, Nakalema noted, has already forced officials involved in corruption scandals to refund sh7b cash, which she said has been returned to the Consolidated Fund.

She revealed that in a period of 14 months since the unit was formed by President Yoweri Museveni following rampant misappropriation of government funds and resources, the unit, working with a strong team of Police detectives and lawyers, had arrested and taken to court 120 officials involved in corruption- related crimes.

Of these, she added, 99 have been interdicted, while nine of them have been tried and convicted in courts of law. Nakalema made the revelations at the National Leadership Institute, Kyankwanzi during the closure of two weeks’ training for 47 members of her unit and 20 top managers of the Uganda Revenue Authority (URA).

The URA team was led by the commissioner general, Doris Akol, four commissioners and 12 assistant commissioners. Akol and other trainees participated in the passing- out demonstrations, which included gun assembling, self- defence and other fitness drills. Other trainees were from the Uganda National Bureau of Standards.

The closing ceremony was presided over by the Deputy Inspector General of Police, Maj. Gen. Sabiiti Muzeyi. Akol sets target Akol vowed that at a strategic level, her team had set not less than sh25 trillion as the minimum revenue that they were going to collect in taxes over the next five years.

“We are going to contribute about sh20 trillion this year and I believe even sh25 trillion is small, given the trajectory of growth that we have been seeing,” she said.

Akol said they had deliberately taken a position of thought leadership in order to improve the way they work.

“My expectation is that we will not only improve in the way we carry out our duties, but we will also increase our influence in the nation and the communities where we live,” she said, before announcing a donation of a public address system to NALI, after noting breakdown of the system during functions.

Sabiiti appealed to URA and the State House Anti- Corruption Unit not to hire people with corrupt tendencies. He urged workers to maintain integrity and avoid picking negative ideologies, which he said were the root cause of past insecurity not only in Uganda but the world over. 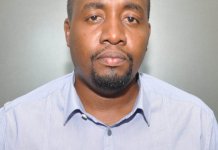 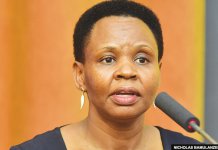 Meet Uganda’s Top Corrupt officials who have been indicted