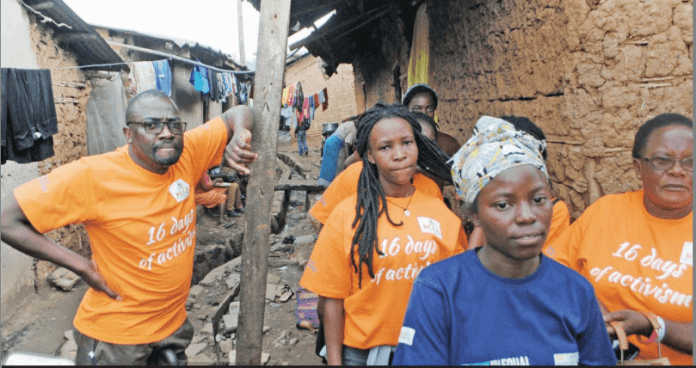 The stakeholders against gender-based violence (GBV) yesterday told KCCA leadership: “You must act to guarantee the safety of girls and women in the identified spots.”

What is obvious in the identified black spots is darkness. They are bushy, dilapidated buildings, trenches, and drains are open, and they are congested places. KCCA’s technical and political leadership, UN Women and other activists against GBV, yesterday visited the spots in a bid to chart the way forward.

The deputy mayor, Kampala central division, Sam Gombya, who flagged-off the walkabout, warned girls and women to treat the identified spots with caution, especially at night. Faridah Nalumansi, a youth advocate with Plan International, said in some of those places, girls and women are raped on top of being robbed by the criminals.

“KCCA as duty bearers must provide a solution to guarantee the safety of young girls. They should provide street lighting, cover the open trenches, clear the bushes and boost enforcement in these areas,” she said.

She added that the unfinished buildings should be demolished or force their owners to complete them for habitation.

Nalumansi said: “Sometimes bodies of the murdered women in these areas are discovered dumped in trenches which highlight the greatest danger posed to women and young girls.” The spots are also are dwelling places of alcohol and drug addicts, abusive bodaboda riders and drivers.

Gombya said KCCA was implementing the safer city program along with partners, such as UN Women. He added that this will also create a platform for the girls to share their experiences regarding safety in the city, identify unsafe public spaces in the divisions of Kampala and to agree on actions that need to be implemented at division and authority level.

According to research by Plan International, in major world cities, such as Delhi, Kampala, Lima, Madrid and Sydney many girls and young women have suffered harassment and violence.

The community called for bylaws to regulate alcohol consumption. At Kagugube parish, Enid Mazzi, the LC2 women council chairperson, said criminals and drug addicts were taking advantage of the darkness.

“As a community, we are contemplating at mobilizing funds for street lights, though we appeal to KCCA to come to our rescue,” she said.

In Kagugube- Kivulu zone, one of the rape victims who would not reveal her name said she was raped by a drunk man who used a screwdriver to cut her lips as she tried to scream. Yesterday’s walkabout in the city was part of the global 16 days of activism against GBV. The two weeks are intended to increased awareness about GBV.

Gombya appealed to young girls to be assertive while demanding their right to safety. He said they should reject all unacceptable sexual approaches from teachers, sugar daddies, bodaboda riders and drivers on top of some unscrupulous parents who connive with their abusers for financial gain.

The police last week indicated that reporting against GBV had improved, attributing it to increased awareness interventions by both state and non-state actors.

According to KCCA, the black spot around Old Taxi Park is a place commonly known as Kajja, where second-hand clothes and shoes are sold. Vincent Mugenyi one of the traders dealing in such clothes, said: “It is true some of our colleagues touch young women’s breasts.”

The chairperson of Kajja, Fred Kasajja, said most of the traders who engage in such activities come from shops and in the processes of luring the women they touch their bums. Mid-last year, Brinah Nalule, 19, was reportedly kidnapped from the Old Taxi Park and was found dead a few days later.

Her kidnappers are said to have demanded sh10m from parents, but when they involved the Police, she was strangled and the body dumped in Kabaawo zone in Mutundwe, Rubaga division.

In Owino Market, it is the areas outside the boundaries of the market, where several merchandise are sold including used shoes and clothes. Besides Mini Price, the deadly places are around Allen Street, Blue Room, Benedicto Kiwanuka Road up to the Arua Park area.

In the Kisenyi II parish, the Kakajjo zone was singled out while in Kamwokya, the Kifumbira zone was identified. 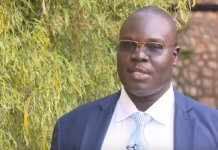