The government yesterday presented before Parliament for approval a euros 600 million (about sh2.4 trillion) loan request, to finance the 2019/2020 budget deficit.

The loan request, which has since been forwarded to the House Committee on the national economy, was presented by David Bahati, the state minister for finance.

According to Bahati, the government wants to borrow sh2.4 trillion of which Stanbic Bank (U) Ltd will provide euros 300m and Trade Development Bank will provide the rest as credit.

Explaining the shortfall in the budget which is currently halfway done, Bahati mentioned the shortfall in revenue collections by the Uganda Revenue Authority (URA) of sh1, 873.55b as the cause.

He also highlighted the additional expenditure pressures of sh1,432.2b, and non-receipt of World Bank budget support funds of sh375b, as well as sh225b as non-receipt of capital gains tax.

“In order to implement the budget for this financial year and meet the additional expenditure pressures, the Government must borrow either domestically or externally to cover the budget deficit,” Bahati stated in brief, to Parliament.

In its justification, the ministry indicated that it considered the option of mobilizing the funds through domestic borrowing, which it later realized would be costly for the government.

The ministry noted that it would not only crowd out the private sector but also make the government borrow from the domestic market at high-interest rates of 154.85% using a 10-year bond or 15.1% using a five-year bond.

The ministry indicated that once procured, the loan will be disbursed to the consolidated fund and accountability therefore, provided to Parliament in line with the provisions of the Finance Management Act 2015 as amended.

According to the ministry, the impact of borrowing euros 600m on the debt position will add about 2% debt to the Gross Domestic Product ratio.

“The debt levels remain sustainable. This number is important because it clearly highlights the proportion of the country’s debt to its income,” Bahati stated. 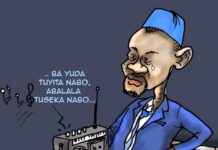 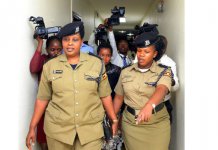