Home National News “I’ve never been to Mauritius..”Anite calls on all Good Ugandans to support...

In a bid to secure safety on her life, Anite ran to the public to cry for help and stand with her in a fight against the Mafias in a battle to rescue UTL from the hands of greedy High Officials.

A whistleblower recently wrote to the Inspector General of Government (IGG), alleging that Anite secretly traveled to Mauritius on August 4, last year from the US, through France, to meet officials at the Mauritian telecom company that was among the seven firms which sought to acquire a stake in Uganda Telecom (UTL)

However while in An Interview with New Vision a government Newspaper Anite said she has never traveled to Mauritius nor received a bribe of any sort. In her defence, she called on every Ugandan who loves their country to stand with her and defeat the Mafias.

“I have never been to Mauritius. I have no connection with Mauritius,” Anite said yesterday.

Anite spoke to journalists yesterday, clarifying some of the issues she talked about in the press conference on Monday. She was quoted saying:

“Have you heard that I am under a travel ban? This mafia cartel is trying to intimidate me. I will continue fighting this war, to recover national assets from the hands of robbers.”

The whistleblower alleged that Anite left Uganda for the US on July 15 for her graduation ceremony at the Fletcher School of Law and Diplomacy at Tufts University. She reportedly later traveled to Mauritius “suspiciously leaving her husband in the US”.

It was alleged that Anite spent four days in the country, meeting Mauritius Telecom officials, before flying back to the US and then on to Uganda. The whistleblower accuses Anite of having received a bribe from Mauritius and acquiring assets not commensurate with her income.

Anite, however, yesterday stressed that she had not had any meeting or interaction with anyone from the island state.

Meanwhile, MPs from West Nile, led by their vice-chairperson, Alioni Odria (Aringa South), yesterday attempted to move a motion, urging the Government to assure the country that Anite, who represents Koboko Municipality, is “safe and secure”, but he was barred by Speaker Rebecca Kadaga.

Kadaga instead urged Odria to advise Anite to either report the matter to the Speaker’s office or raise the matter through a personal statement to the House.

Odria argued that “it was important that the Government takes extra caution regarding Anite’s life, which is currently under threat, for trying to save UTL” 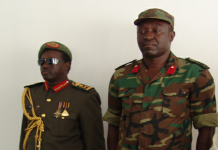 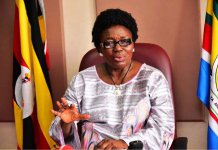 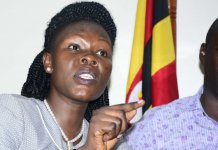