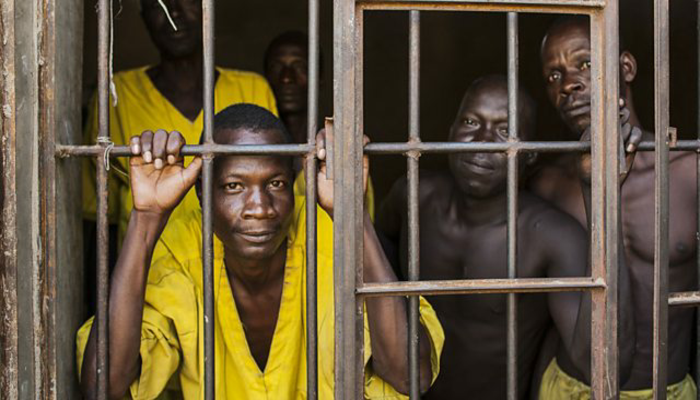 What are the convicted civil servants still doing on the Government payroll? That question caused a heated debate between anti-corruption crusaders and the Ministry of Public Service officials yesterday.

The dialogue was part of a project dubbed Strengthening Partnership for Anti-Corruption Responsiveness and Citizen Engagement (SPARC), supported by the Democratic Governance Facility (DGF) and implemented by the Anti-Corruption Coalition Uganda (ACCU).

The activists presented a list of 28 officials compiled by the Ministry of Public Service who were still active on the Government payroll as of November 2018 despite being convicted of civil and criminal charges.

Some had been convicted as far back as 2012. The 28 officials from the ministries of public service, ICT and national guidance, health, education and local government and the Police were convicted of corruption, embezzlement, abuse of office, among other civil and criminal charges.

Section 46 of the Anti-Corruption Act 2009, states that a person, convicted of an offense under the Act “shall be disqualified from holding a public office for a period of 10 years from his or her conviction”.

In essence, all public officials convicted of corruption (under the Anti-Corruption Act) should be immediately removed from office and the payroll.

The executive director of ACCU, Cissy Kagaba reminded the Government officials that the spirit of the provision was not only to safeguard public resources from being squandered but also to ensure effective service delivery to Ugandans.

According to Kagaba, failure to remove such officials from the payroll undermines the government’s commitment to zero tolerance to corruption.

“We demand expeditious ways of removing such people from the payroll. What are they still doing on the payroll and yet the law is clear?” Kagaba questioned.

William Achol from Corruption Brakes in Lira, said: “We are shocked to hear that people who were convicted as far as 2012 continue to draw salaries from public coffers. All gaps should be bridged to ensure that they are removed from the payroll immediately.”

The public service ministry confirmed being the source of the list. The assistant commissioner in charge of human resource management in the ministry, Allan Muhereza, said the list was a government document issued in November last year.

This, according to Muhereza, was followed with a circular to all chief executive officers to communicate to appointing authorities to take appropriate action.

“But we are in the process of compiling an updated list, which we shall share with you soon,” Muhereza said. “Conviction alone is not enough to get someone off the payroll. For instance, it is appointing authority which may be the President, Public Service Commission, District Service Commission, among others that terminates services of a civil servant,” he said.

Muhereza faulted agencies, such as the Attorney General, Inspector General of Government (IGG), Director of Public Prosecutions (DPP) and courts for failing to communicate to accounting officers for action after securing a conviction.

“This, however, does not rule out connivance. We have since communicated to the prosecuting agencies including the IGG, DPP, Police, AG, and courts to make it a routine after securing convictions to inform government entities for appropriate action to be taken,” Muhereza said 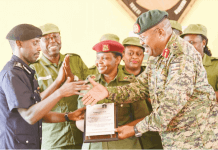 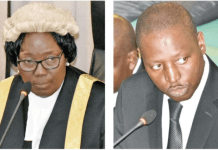