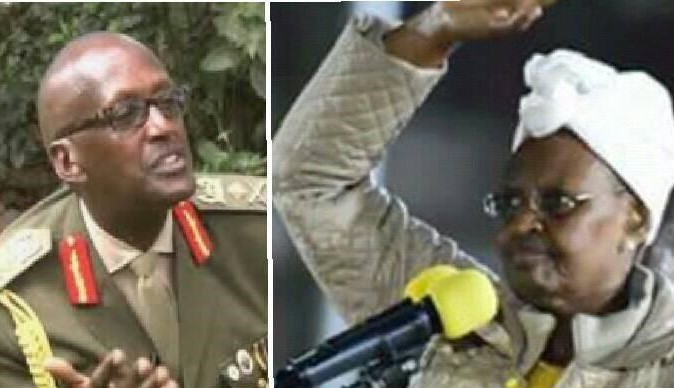 A combined team of security agencies headed by the Police yesterday searched the house of former security minister, Lt. Gen. Henry Tumukunde in Kololo, Kampala, as investigations into his utterances about a change of government continue.

Tumukunde, whom Police said is facing treason charges, is likely to face a string of other charges, according to security sources.

A source privy to the probe revealed that the investigators want to know whether Tumukunde was sending a signal with his statement about Rwanda.

According to sources within the First Family, Janet Museveni Kataha has sent a strong warning to Gen Saleh and Kayihura plus Muhoozi to back off or take it slow on Gen Tumukunde.

“Gen. Tumukunde has approached me crying for protection from Special force soldiers who are following him where ever he goes, threatening him with death if he doesn’t quit his presidential ambition and that Gen. Saleh is constantly jumping on him with intimidations”

According to the source Mrs. Museveni accuses Gen. Saleh of leadingTumukunde in fake property deals and loans that led to Tumukunde’s bankruptcy

“Gen. Tumukunde is not just a war hero, he gave his life to liberate this country and he is the most remarkable architect of the UPDF from a ragtag rebel army to a professional army with formal and legal structures, you must treat him with respect and take note that, I will protect Gen. Tumukunde my kinsman with my last drop of blood” Mrs. Museveni warned.