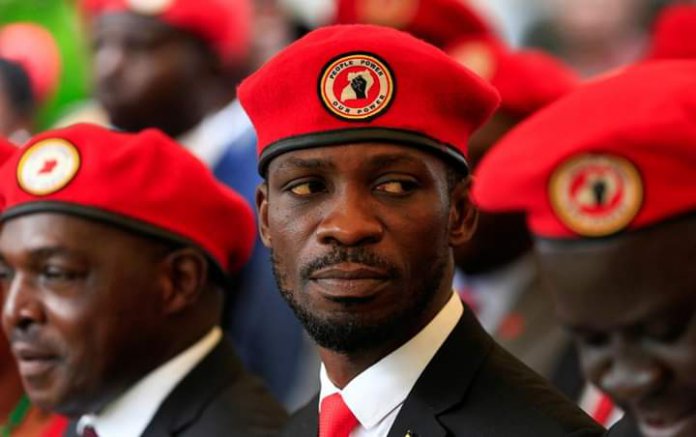 The boiling frog is a fable describing a frog being slowly boiled alive. The premise is that if a frog is placed in boiling water, it will jump out, but if it is placed in cold water that is slowly heated, it will not perceive the danger and will be cooked to death.

The hypothesis is that the change in temperature is so gradual, the frog does not realize it’s boiling to death. While the results of the experiment are in question it is a good metaphor for organization cultures.

This allegory is often used in economics, business and marketing to point out that change has to be introduced gradually if it is to be successful. It also illustrates an aspect of human psychology: we tend to accept things that creep up on us slowly but steadily, even when they take control of our lives. But one day we wake up and find ourselves in boiling water. And such is the nature of excess.

Like the frog, Bobi keeps adjusting to the increasing political hazards to satisfy his expectations for greater convenience and easier living. It has been reported today that he has joined a truly unknown small party, National Unity Platform (NUP), though some media are reporting it as if it’s a new party.

The party has been in existence since 2004, and it was suspected to be among the many small parties Museveni created ahead of the 2006 elections to give himself legitimacy in case the FDC had thrown in the towel and stayed away from elections.

In 2019, Bobi said that he didn’t believe in structured politics and had no plans to register People Power(PP) as a political party, but today, we have learnt that he has been trying to register PP since 2018. Registering a party has many advantages, particularly because it makes it easier to access donor funding.

He has continued to use the name ‘People Power’ in his communications even though he knew, in advance, that it ‘had been reserved and flagged’. This means that he may be subjected to legal challenges in future for continuing to use something that he knows belongs to someone else.

I remember warning my friends in JEEMA about this, in advance, that they would come to regret it if Bobi decides to join another party, or register PP as a party because it becomes difficult for a party to hang on to its candidates after them getting comfortable in their new homes. That’s how Museveni crippled both UPC and DP after forming a coalition government as soon as he took over power in 1986—He invited DP and UPC to provide him, members, to form a government with, but most of them never went back to their mother parties.

For instance, the likes of Maria Mutagambwa, Dr. Specioza Kazibwe, and several others, never went back to DP even when Dr. Paul Ssemogerere quit the government. In 1999–2000, Mutagambwa was the deputy secretary-general of the Democratic Party of Uganda.

Again, this is the very reason why I advised parties not to back Bobi or anybody for presidency. These elections are about touching base with grassroots supporters and recruiting new members. If a party backs Bobi, they would find themselves at a disadvantage after the 2021 elections. He is not willing to join your party, but he wants you to back him up. For what?

It is also clear that Bobi is trying very hard to hang on to the name, ‘PEOPLE POWER, because it’s something that is already out there and there’s little time left to sell something new, and that is why he has stressed,’ we shall continue to do activities as the People Power Movement.’

However, it’s so likely that a lot of his supporters would find it difficult to keep pace with the switch in words and terms, thus, causing more confusion, division, and disgruntlement in both the opposition and his camp.

And guess, who is benefitting from all this? You guess is as good as mine!