Home Politics Some of Tamale Mirundi’s praises of Bobi’s NUP that has sent... 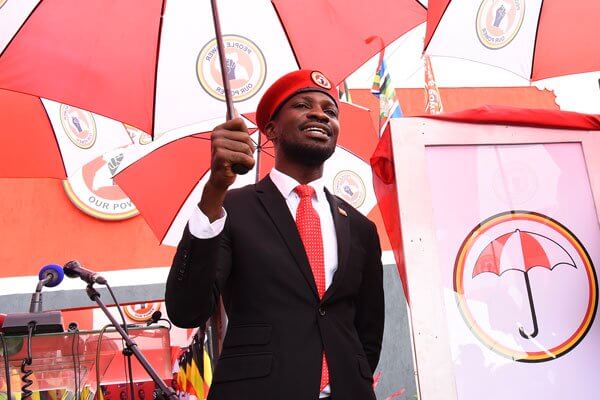 ⛱Tamale Mirundi: “Bobi Wine is one of the Luckiest politicians in Uganda, one of the things determined in Politics is Luck. People just love him without giving them a single coin. But he is going to face one big challenge, he has to control his supporters.

⛱They should stop following him on Radios and TV stations, they will put some wrong people in his supporters to cause chaos and loot people’s items and he’ll end up being hated. This is the same thing that happened to Besigye during Walk to Work. Bobi Wine’s supporters should stay at home and listen to him.

⛱The reason as to why Bobi Wine is so big right now he is lucky, that’s the hardest truth. An idea that will succeed is always ignored at first, Bobi Wine was ignored.

I myself went to de-campaign him in Kyadondo East bi-election but when I was getting off the pulpit, people told me that am wasting my time they are going to vote Bobi Wine, even if you talk what, their vote is for Bobi Wine. I saw big NRM officials I can’t reveal now giving out money 50K to each person to go and vote Bobi Wine….

⛱Bobi Wine was underestimated, the mafias in Government did not have a proper approach for Bobi Wine. They saw Bobi Wine as an innocent youth who could be used against M7 to get free money from State House. That’s their formula of Balaam buying some people power supporters,

I told them it won’t work the reason being Bobi Wine is a ghost, he came up with a slogan PEOPLE POWER, you can’t fight a slogan and win…When he formed a party that’s when I realized that Bobi Wine is a very smart man.

⛱This boy understands the game of politics, right now he is stand in the corner to see if these people who praise him are truly his. Cause he has been getting alot of people coming from NRM,FDC,DP all fooling around that they are People Power in real sense they just want to use People Power becoz it’s the one selling like a hot cake right now.

⛱He bought a political party without Intelligence knowing. Even the spy’s who were around him didn’t know what this man is calculating. Fools didn’t study intelligence. Now all those who have been waiting for what’s next to People Power after Elections are now silent.

⛱Oli omwana abala, which party do you go and register without paying money? He has not been asking money from all those who have gone to pick People Power nomination forms. He is now sieving serious people in People Power.”