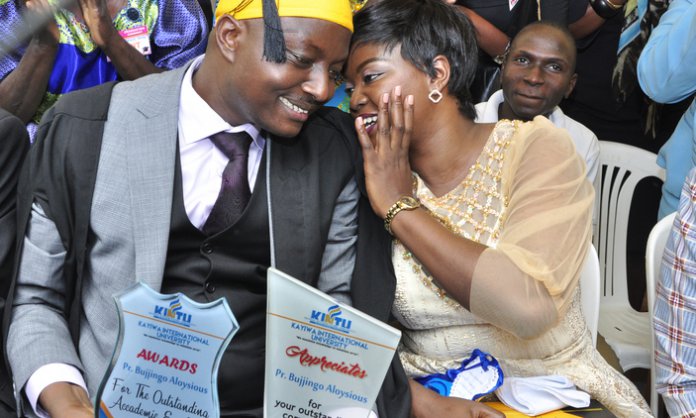 Religious leaders have condemned Pastor Aloysius Bugingo’s recent comments on marriage vows as misleading after he said ’till death do us part’ is not biblical and is the cause of murders between couples and challenged his congregation to show him a couple in the Bible that made such vows.

During lunch hours on the 9th day of January, Bugingo told his congressional at Canan Land in Makerere Kikoni, that ’till death do us part’ is not biblical and is the cause of murders between couples.

He further challenged his congregation to show him a couple in the bible that made such vows.

In his own words, pastor Bugingo said that “People do not just kill others. It is those vows when Abraham was marrying Sarah, did he make those vows? The vows are from hell,”

The Ministry of Ethics and Integrity is to summon Pastor Aloysius Bugingo of the House of Prayer Ministries International over his latest remarks on marriage vows in which he is quoted to have referred to them as satanic.

While speaking out on NBS News at 9, the Director for Ethics Integrity and Religious Affairs Rev. Canon Aaron Mwesigye says Bujingo’s ministry is turning out to be like the ‘’Kibwetere’’ cult.

Some of the leaders who have come out to condemn Bugingo on his remarks include the Rt. Rev. Johnson Twinomujuni, the Bishop of West Ankole Diocese who said the long Facebook post that those remarks don’t surprise him due to the fact that Bugingo divorced his wife on grounds of sickness.