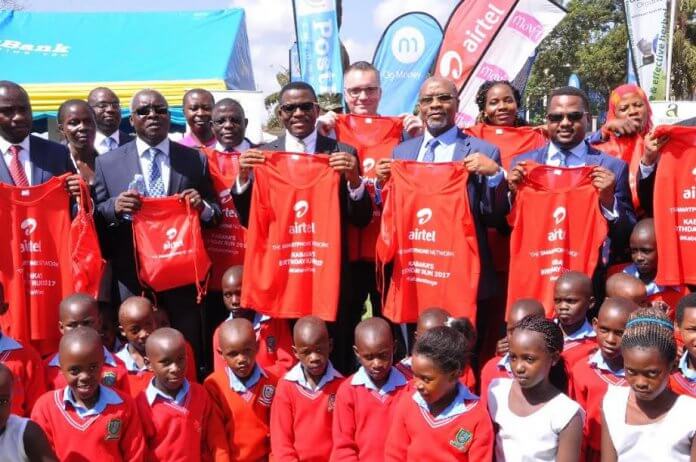 As the Buganda Kingdom prepares for the Kabaka’s birthday run, the World Health Organisation (WHO) officials have tipped organisers on how to avoid the spread of coronavirus (COVID-19).

The WHO health security advisor, Alexander Chimbaru, said there is currently no vaccine to prevent coronavirus, advising that the only prevention measure is to avoid gatherings.

He noted that mass gatherings are characterised by the concentration of people at a specific location for a specific purpose over a set period of time, which increases the risk of transmission of infectious diseases such as coronavirus.

He further explained that mass gatherings such as sporting, religious, social/cultural and political events must be organised with adequate precautions.

“The birthday run will attract a large number of participants and measures to avoid the disease should be adhered to. Those from other countries where cases have been recorded must be quarantined before the run,” Chimbaru added.

Chimbaru was part of the UN delegation that visited the Katikkiro of Buganda to discuss the fight against HIV/AIDS at Bulange-Mengo yesterday. The delegation was led by the UNAIDS country director in Uganda, Dr Karusa Kirage.

The Kabaka’s Birthday Run is scheduled for April 5, under the the country,” Chimbaru said. “Practise respiratory hygiene and this means covering your mouth and nose with your bent elbow or tissue when you cough or sneeze. Dispose of the used tissue immediately,” he said.

The kingdom’s premier, Charles Peter Mayiga, decried the ignorance among the population, adding that most rural people believe in witchcraft instead of seeking medical help from health centres.

“The majority of our people, especially in the rural and semi-urban areas, remain ignorant of the basic knowledge of promoting good health and preventing infectious diseases. Worse still, many people are too poor to access treatment whenever they fall sick,” he said.

Katikkiro Mayiga said a number of young girls involved in commercial sex on the islands in Lake Victoria believe that rich men do not contract HIV/AIDS and many are not willing to use condoms.

“Some men on the islands don’t think AIDS comes through sexual intercourse. They think it was created by the white people to kill Africans,” he said. The Katikkiro said the kingdom needs partners in the promotion of social and economic advancement.

Kirage thanked the kingdom for its immense contribution in the HIV/AIDS fight. She saluted the Kabaka for his efforts in fighting HIV/AIDS and driving the awareness campaign among men.

Kirage said the focus should also be placed on groups that are at high risk of infection, such as sexual minorities and commercial sex workers.