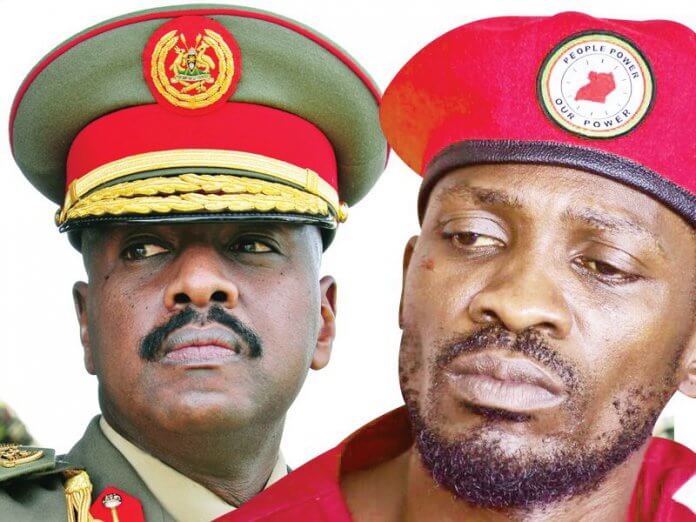 Yesterday the spokesperson of the People Power group, Joel Ssenyonyi, said although there is nothing wrong with the proposed talks between Muhoozi and Bobi Wine, the issues that informed Bobi Wine’s presidential bid declaration are beyond Muhoozi.

“Ever since he was fired from the Special Forces Command, he has been looking for what to do. He is idle and disorderly. In any case, the closest person for Muhoozi to talk to should be his father and boss. He should advise him to bequeath the leadership of the country in a peaceful transition that they have always yearned for. We shall not involve ourselves in these trivialities,” Mr. Ssenyonyi said.

Ssenyonyi added: “The discussion that can happen has to do with matters of transition.” This is not the first time Muhoozi is speaking out on matters of governance and security on his social media platforms

Muhoozi, who is also the son of President Yoweri Museveni, says the impetus to meet Bobi Wine has been propelled by a section of his supporters who have asked him to hold talks with the man, who recently declared his intentions to stand against Museveni.

Describing Bobi Wine as his “brother” and “past friend”, Muhoozi said yesterday on his Twitter handle that he is ready to hold talks with the People Power strongman.

“Many of my supporters are telling me to talk with my brother Bobi Wine. I have no problem talking to him. We have talked in the past and were friends. I just advise all the youth never to seek war over peace,” Muhoozi said.

His offer to hold talks with Bobi Wine comes against the backdrop of viral HashTag, #Muhooziproject, coined by a section of his social media followers.

Yesterday, the Twitter Hashtag #Muhooziproject was trending on social media, as various people shared Muhoozi’s history in the army and private life.

Others blessed Muhoozi, who they described as “leader of their generation”. “The most humble and down-to-earth general of our generation. All the best comrade. God bless you always and above all let the will of God be done in your life,” Ritah Aliguma said in a tweet responding to Muhoozi’s tweet on the Muhoozi project.

On Wednesday, Muhoozi said referring to the Muhoozi project, without clarifying whether it exists or not, that: “Some evil people coined this phrase to try and destroy us! But trust my generation to convert every curse into a blessing! Thank you Ugandans.”

The term Muhoozi project was brought to the fore in 2013 by the ex-co-ordinator of intelligence services, Gen. David Sejusa aka Tinyefuza when he wrote to the director-general of the Internal Security Organisation, calling for an investigation into allegations that certain individuals opposed to an alleged “project Muhoozi” had been targeted for assassination.