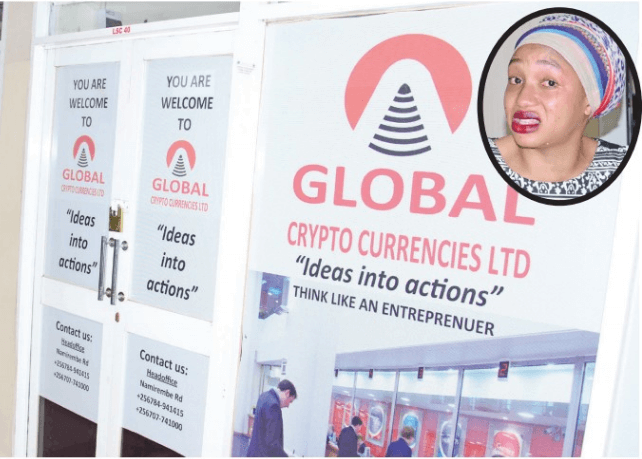 Over 100 people, including senior army officers, have filed complaints with the Police accusing a local company dealing in cryptocurrency of fleecing them billions of shillings.

Seven suspects were arrested by the Police and Internal Security Organisation (ISO) in connection with the alleged fraud.

Six workers of Global Cryptocurrency Uganda were arrested by the Police and detained at Old Kampala Police Station last week. But the six have since been released on Police bond. Later, ISO arrested Andrew Kaggwa, one of the company’s directors.

Kaggwa’s co-director and business partner, Hudson Ntende, is on the run. In a strange twist, another co-director of the same company, Shira Nassali, has also filed a complaint with authorities, claiming she lost sh29m in the fraud.

She said her husband, Derrick Aryaija, lost sh15m and mother, Mary Nakibuuka (sh40m), among others.

According to sources at Old Kampala Police Station, the suspects were arrested after dozens of people lodged complaints with the Police, accusing the company of conning them.

The victims were reportedly promised an earning of 40% interest on any amount deposited with the company and that the money was payable after 30 working days.

The victims include an army officer at the rank of brigadier and a colonel (both names withheld), bankers, Pentecostal church members, and the business community.

Sources revealed that the colonel was introduced to the cryptocurrency firm by his daughter, who was an employee in the company. The colonel later introduced the brigadier to the firm and both of them invested shs 3 billion from Army Wazalendo Sacco

The army officers, according to sources, reportedly lost over sh 3 billion. At the start, the officers got some earnings (profits) which enticed them to invest bigger amounts of money.

In another case under investigation, a city businessman is said to have lost over sh1b. Annet Irankunda, a nursing officer working with the Uganda People’s Defence Forces, said she also lost sh10m, which she borrowed from the army’s savings entity — Wazalendo SACCOS.

“I got tempted after my workmate, Sylvia Naggirinya, introduced me to the cryptocurrency deal,” Irankunda said.

She vowed to follow up on the case until her money is refunded. Another victim, who preferred anonymity, said he and his wife lost sh19m to the firm.

“We realized that we had been conned when we went to the company on the promised date of payment and they were not there,” the city businessman said.

The company, whose headquarters are on Namirembe Road in Kampala, is believed to have collected over sh10b from more than 1,000 victims across the country. The cryptocurrency firm had 13 branches spread in different parts of the country but was keeping the cash on two separate accounts in two different city banks (names withheld).

On receiving the complaints, the Police reportedly alerted the Financial Intelligence Authority (FIA) to freeze the company’s bank accounts. But almost all the money has since been withdrawn, sources revealed. It is not clear whether the money was withdrawn before FIA was alerted. 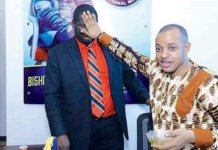 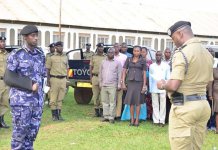 New details on what Happened to DIGP Maj.Gen Sabiiti’s arm