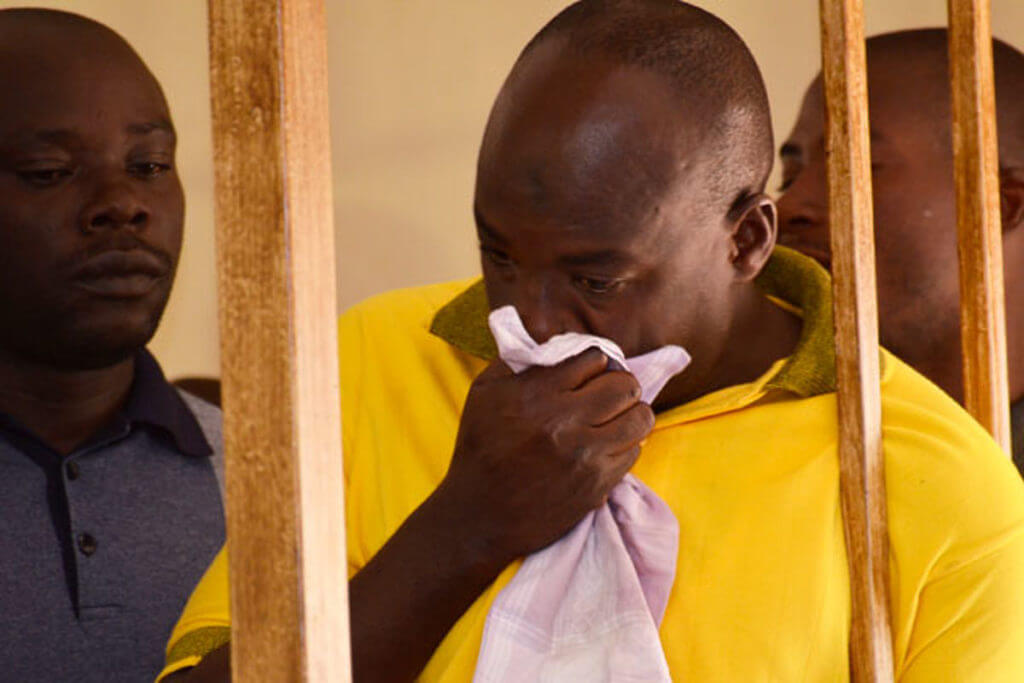 According to today’s NewVision, Kitatta looked stunned as the court delivered the guilty verdict, which left his relatives and friends in tears. Kitatta was convicted with his bodyguard, Police officer Sowali Ngobi, on the same offenses. Kitatta had spent a year and four months in prison.

“Court is satisfied that the ingredients of the offenses have been proved beyond doubt against Kitatta and Ngobi after weighing the evidence of prosecution with that of defense,” Lt. Gen. Andrew Gutti ruled.

The court announced it would pass the sentences against the duo today. After the ruling, Kitatta, who was restless and sweating profusely, raised his right hand presumably to say something, but the court ignored him.

Outside court, grief gripped the courtyard as Kitatta’s relatives and supporters murmured in disbelief, while others wept.

During the trial, Kasaija, Agaba, and Baguma testified that after Kitatta was arrested on January 21, 2018, at Vine Tea Hotel in Wakaliga Kampala, he was searched and found armed with a gold-coated pistol and five rounds of ammunition, one of which was in the chamber.

The witnesses further testified that Kitatta’s car was searched and an SMG without a butt and a black pistol were recovered. According to the witnesses, the SMG gun had a full magazine of 30 rounds of ammunition, whereas the pistol had 15 rounds.

“The evidence of Agaba about the operation in regard to recovery of items corroborates that of Kasaija,” the court noted.

Cpl Baguma testified that they were blocked while effecting the arrest of Huzair Kiwalabye, a prime suspect in the murder of Case Hospital accountant Francis Ekalungar. Kiwalabye is the brother of Kitatta. Ekalungar was kidnapped on January 2, last year by unknown assailants on his way to dfcu Bank to deposit over sh15m.

A day later, his charred body was found at Kajjansi on Entebbe Road.

In his defense, Kitatta testified that he had never held a gun and denied being a member or leader of Boda Boda 2010.

However, during cross-examination, he admitted having done a mchaka mchaka course and knows how to use a gun. His co-convict, Ngobi, a resident of Nsambya barracks, told the court that he signed for an SMG gun with 30 rounds and a pistol with 15 rounds of ammunition from Special Operations on orders of Nixon Agasirwe, the former Police’s Professional Standards Unit commandant.

Agasirwe, who is also battling charges of failure to protect war materials before the same court-martial, testified that he armed Ngobi with a pistol and ammunition, but denied having authorized or directed Ngobi to be armed with an SMG with 30 rounds of ammunition.