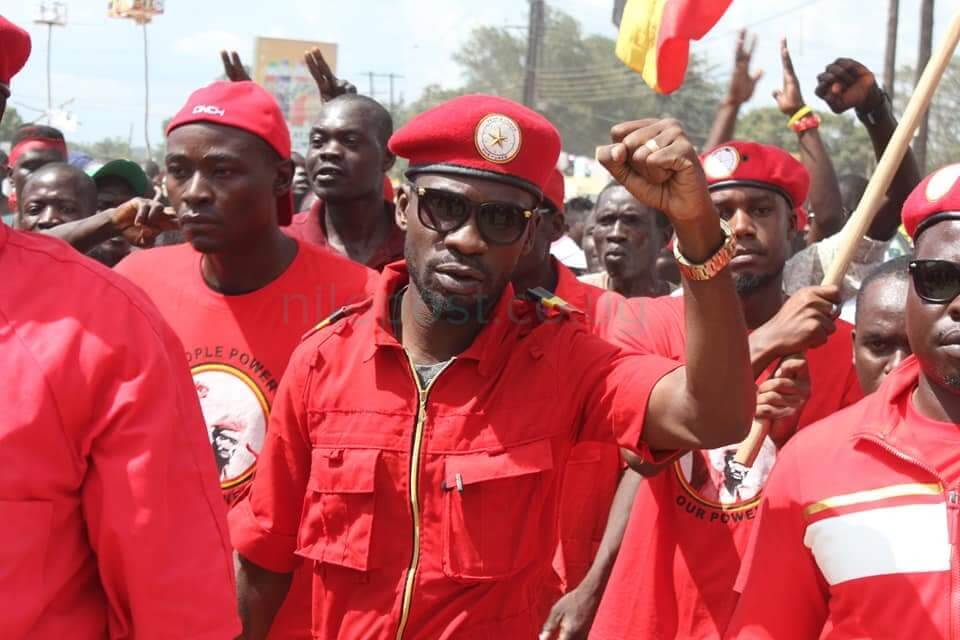 Youth National leader of the opposition Democratic Party Okidi Christopher and Uganda Young Democrats (UYD) a youth wing of Democratic Party are embroiled in disagreement on who to support in the next general election.

Earlier on the Youg democrats called for a press conference where they endorsed the Kyadondo east Member of Parliament Robert Kygulanyi to be the flag bearer of opposition.

This decision, however, caused more disunity than unity which was intended from it. Many DP strong men have discredited the decision and called for ad due process to be followed as many contenders are available wanting the same position given to Kyagulanyi.

Okidi added that Bobi Wine has to first move across the country not only the central region to test his popularity in other regions of Uganda.

“My attention has been drawn to this news item wherein some members of UYD purport to endorse Bobi Wine for President. Whereas it is true that Bobi Wine is among those who have expressed intentions to run for President and is being considered within the DP Bloc. The said UYD members in this clip have no capacity to give official UYD endorsement to Bobi or any other candidate.” Okidi said.

He added: “For beginners, UYD is a very big organization countrywide with organs. Just a few people in a veranda somewhere in Kampala most of whom are always from the same district, region, and family should be very careful making such statements at a time consensus building is happening”.

“In any case for a candidate endorsed to be viable such a candidate will be marketed across the country which requires the involvement of all speaking the same language. Uganda is bigger than that acre where we do pressers from.”

“Whereas I don’t like stifling young people from expressing their genuine political opinion and preference freely I also care about organizational collegiality. While I am always available for consultation, I think its also the right to make to warn whoever has no capacity to make official statements in UYD to desist from doing so. “

“I don’t have time to move everywhere to disown your statements. I don’t have that combat energy at least for now. We should instead invest time in building bridges than seeking political relevance.” Christopher Okidi remarked.

“As Uganda Young Democrats (UYD) we endorse hon. Kyagulanyi Robert Ssentamu as our presidential candidate in the forthcoming election because he has proven to understand the issues pressing young people, and is equally committed to pushing for an equal and Just Uganda.” Mugambwa stated.

He added: “Furthermore he is a person who appeals to all age categories across the regional devoid and the international community. This is our generation and it is only us who are supposed to create a solution for a better Uganda, we are disappointed by old people.”