Home National News Panic in Police as more details emerge on the Man who set... 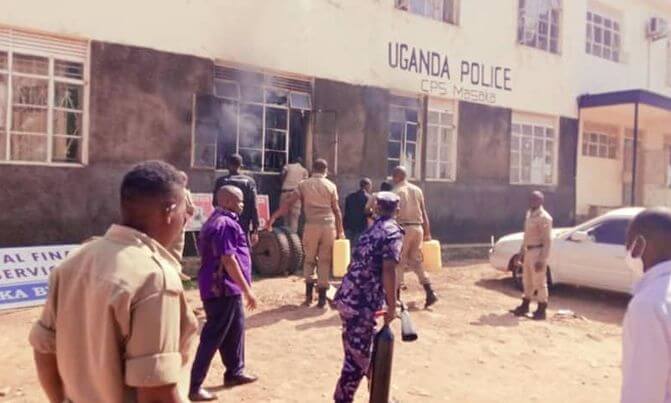 The picture below is of a 26-year old Hussein Walugembe, who doused himself with petrol before setting himself ablaze inside Masaka Central Police Station yesterday 2nd July 2020.

He died from his burns. Policemen are seen in the picture above, carrying jerrycans of water to put off the fire! Masaka Central Police Station, like most, if not all police stations & posts, didn’t have fire-fighting equipment inside the station! Water is NOT good for putting off a petroleum fire!

Walugembe burnt himself to death after failing to get back his motorbike (Bodaboda) that was impounded by the Police. Police Officers had claimed that Walugembe’s bike was impounded for breaching COVID19 Presidential Directives, when they allegedly found him riding after 5pm.

However, eye witnesses say that policemen found the bike parked near Shell, Buddu Petrol Station, in Masaka City and impounded it.When Walugembe approached the Police Officers to claim back his bike, they (allegedly) demanded Shs 100,000- before they could release the bike. Walugembe went home since he didn’t have the money.

Yesterday, he went back to the Station to make a final demand. When it failed, he set himself on fire!This incident demonstrates the depth of frustration and desperation that the greatest majority of Ugandans find themselves.

While the actions of Police Officers are deplorable, it ought to be borne in mind that their conditions of service are also appalling. Many get involved in corrupt practices (“taxing” Ugandans) for their survival. 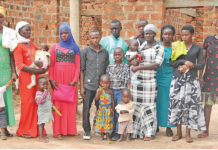