Home National News HIT & RUN: Police patrol speeds off after knocking down 3 yo... 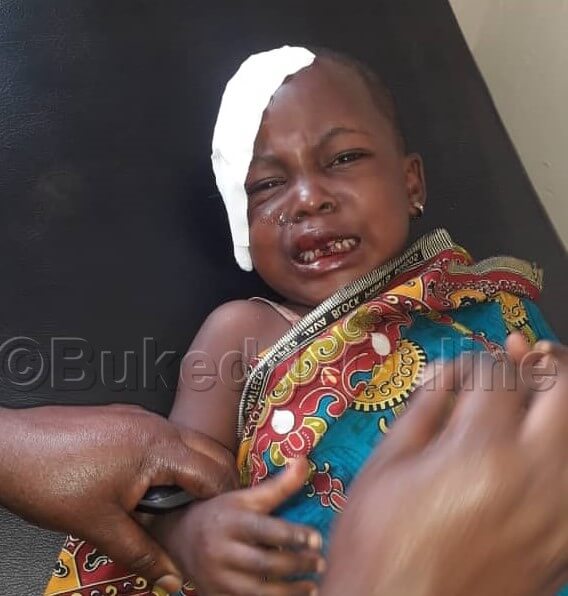 At 9:00 am on Friday residents of Kaboowa at a place commonly known as katale ka Kidomoole Ssuuna road were covered in shock after a police patrol coming from wankulukuku knocked down a 3 year old child and sped off.

According to eyewitnesses, the patrol was chasing a Boda Boda guy they saw carrying a passenger. The Boda guy ran off after seeing the patrol aiming for him which prompted the patrol to chase him.

Unfortunately during the chase, the 3-year-old girl became the collateral damage, the girl to fall victim was after the patrol was looking for parking on the sidewalk of pedestrians.

On realizing that they have knocked down someone, the patrol sped off leaving everyone in shock. The child’s mother Sarah Namulindwa narrated that the patrol had 6 policemen embarked on it, who were dressed in blue uniforms.

The child was quickly admitted at Bet life Medical Center in wankulukuku where she is currently receiving medical treatment for the injuries she got from the fatal accident.

The Doctor offerng treatment to the child revealed that she lost six front teeth and severe wounds on the head.

The Medical team further advised the parent to take the child to a bigger hospital so that she receives head scans to examine the extent of injuries inflicted on her by the Police patrol.