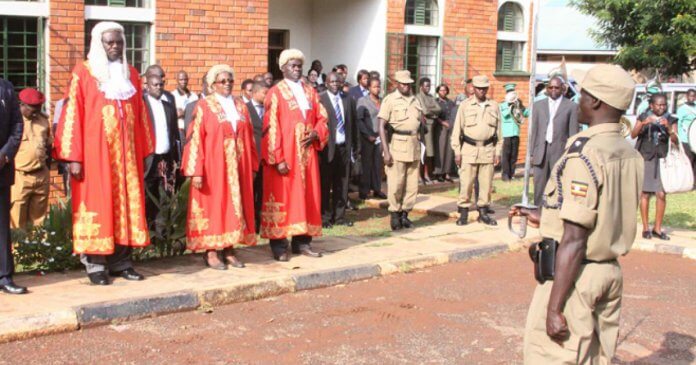 The Judiciary has banned its members from using pseudo names on their official WhatsApp platforms.

According to an internal memo issued by the Judiciary senior communication officer, Solomon Muyita, judicial officers have been given seven days to edit their WhatsApp names and replace them with their official names.

Anyone who does not heed to this advisory will be removed from the group.

“Reference is made to a January 2019 Annual Judges Conference Resolution prohibiting the use of pseudo names by members of the Judiciary on the official WhatsApp groups,” the memo reads.

The dispatch further stated: “Please note that the Judiciary senior management this week resolved that members who have continued to use pseudo names have seven days from November 14, to edit the WhatsApp names back to their official names.”

According to the memo, a member who will encounter challenges in editing their WhatsApp should contact the Judiciary information technology or communication staff at their respective stations for assistance.

The development comes at a time when Judiciary officers and the top management are bickering over a number of issues, including allowances.

When contacted, Muyita explained that the use of pseudo names is inconveniencing some of the senior members of the Judiciary on the platforms.

“It is nothing new. We have senior citizens on our social media platforms. They want to know the people they are communicating with.

On our platforms, we have over 400 judicial officers. It is not easy to know all of them. The communication is more of a reminder to those still using pseudo and crazy names such as ‘God’s daughter’ to edit them back to their official names,” Muyita said.

Muyita noted that the move is intended for easy identification of a given person communicating, but not to silence or scare members from expressing themselves.

Efforts to get comments from the public service permanent secretary, Catherine Bitarakwate Musingwiire, proved futile as the various calls made to her went unanswered

Uganda’s Judge Lillian appointed at Court of Appeal of Seychelles