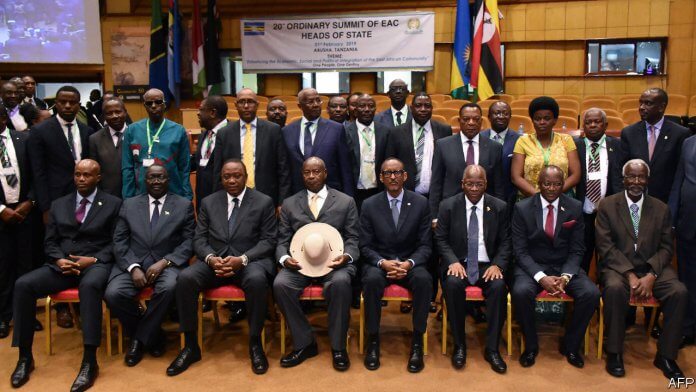 The MPs were reacting to a statement by the state minister for East African affairs, Julius Maganda, on the celebrations to mark 20 years of the EAC since 1999 when it was revived.

Maganda informed the House that EAC organs had resolved to have every member country officially celebrate November 30 as an East African Community day.

“A Bill was recently passed in the East African Legislative Assembly (EALA) which requires the day to be accorded national recognition,” he said.

The minister said on the realization of the common market, which opened the door for free movement of labor, goods, and services, 95% has been achieved. On the customs union, which is about the removal of trade barriers, 90% has been achieved.

The minister also said EALA has so far passed two Bills that are supposed to prepare the region for the realization of a monetary union where EAC countries will be having one currency and one central bank by 2024.

On the EAC political federation, the minister said a team of experts was put in place and its activities will soon be inaugurated by President Yoweri Museveni.

The Speaker of Parliament, Rebecca Kadaga, congratulated the people of East Africa on the 20 years of cooperation.

Ibrahim Ssemujju Nganda, said: “The minister said by 2024 there would be a political federation. Can you explain how that will be achieved when the border between Uganda and Rwanda is closed and Ugandans crossing to Rwanda are shot dead? All Ugandans who were teaching in Tanzania were also chased.”

Lwemiyaga MP Theodore Ssekikubo said: “There is a deteriorating relationship between Uganda and Rwanda. Several Ugandans have been shot dead. “It is an insult to us to celebrate 20 years of EAC when the Uganda government cannot secure the lives and property of Ugandans from an aggressive member country. Can I move that we suspend the minister’s statement until matters concerning lives of Ugandans are addressed?”

Bufumbira South MP Sam Bitangaro said: “If I started celebrating EAC, the people of Kisoro would stone me. Trade between Uganda and Rwanda is no more. Social relations are at a standstill.”

Bukanga County MP Stephen Kangwagye Rwakanuma, whose constituency in Rakai borders with Tanzania, said: “Ugandans are not allowed to freely cross to Tanzania yet Tanzanians freely cross to Uganda. I think it is because the EAC revival idea was initiated by Uganda and it appears to be the only country committed to it.”

Manjiya County MP John Baptist Nambeshe said: “This EAC is an entity which is top-down and based on the goodwill of the leaders. Even the coalition of the willing (Kenya, Uganda and Rwanda) has collapsed. Ugandans are not allowed to open bank accounts without showing a work permit.”

Several other MPs including Nathan Nandala Mafabi (Budadiri West), Jacqueline Amongin (Ngora district), Maurice Kibalya (Bugabula South), Anita Among (Bukedea district), and Charles Illukor (Kumi County), cited various scenarios and incidents indicating that whereas Uganda is committed to the integration, the rest of the EAC countries are not committed.

At the end of the debate, Kadaga directed that the minister would have to return to Parliament with a comprehensive report on EAC integration with the achievements and challenges being faced.