Home National News “For God’s sake, Bobi wine can not be our commander in chief”... 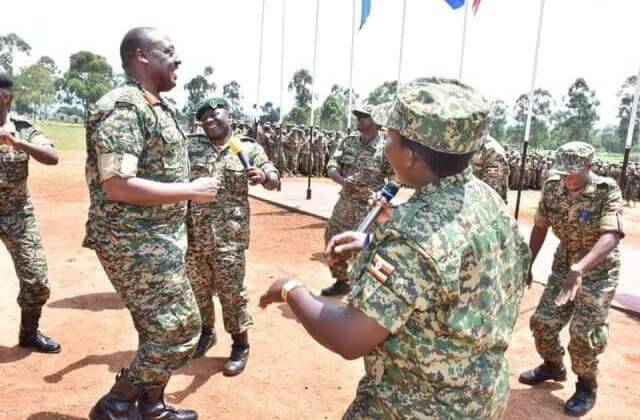 Bobi Wine was recently allowed by the Electoral Commission to consult Ugandans on his presidential bid ahead of the 2021 general elections.

“It is unimaginable seeing Bobi Wine sit in the office that he (Museveni) is occupying. It is true this country has democracy but we can’t allow such a thing to happen (Bobi Wine being commander in chief).”

Since coming to the political scene, over two years ago, Bobi Wine has been credited by many for using music as a tool to front his agenda through the numerous songs he has released during this period.

However, Capt. Sserunjogi dismissed the narrative saying that for many years, music has been used to disorganize the country’s politics.

The bush war hero who also served as Resident District Commissioner for over 20 years said there were so many atrocities committed by the past governments, noting that the five year NRA war saved the country a great deal.

He also urged youths to always respect the former bush warfighters for the role they played during the liberation struggle.