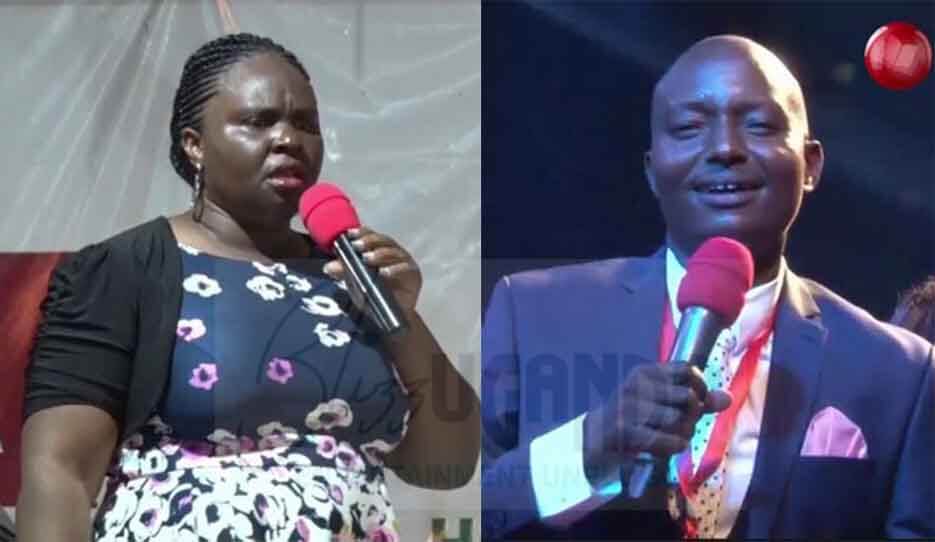 The row between Pastor Aloysius Bugingo and his wife, Teddy Naluswa Bugingo, rocking their 29-year marriage has deepened, spilling over to the Police Criminal Investigations Department.

Two days after going public about the turmoil in their marriage, Bugingo’s wife has run to the Police seeking protection, fearing that her life could be in danger. The wife, in revelations that stunned Born-Again pastors and the nation, disclosed that her husband was trying to force her to divorce, which she said she had declined to do.

However, it is also alleged that Pastor Bugingo has rushed to Uganda Registration Service Bureau to have shareholdings changed on most of the properties so as to deny the wife and daughter major say.

This website was informed by sources at URSB that somebody by the name of Simon Peter Wach (in charge of Pastor Bujjingo security) went to Kajjansi police to ask details of what Ms Teddy Bugingo said in her statement.

In another new development, Naluswa on Tuesday lodged a formal complaint at the Police at Kajjansi on Entebbe Road about strangers sighted within the vicinity of her home in Kitende, Kajjansi town council, Wakiso district.

The strangers have reportedly been to her home for two consecutive days, asking to talk to her. She said the strangers, who came in groups of seven and eight, gathered at the gate on Tuesday and Wednesday, but were stopped from accessing the home.

Subsequently, Naluswa recorded a statement at the Police, together with several other people from her home. “Strangers are coming here in groups demanding to talk to me, but I do not know what they want to tell me… I feared for my life and decided to go to Kajjansi Police to report the matter,” Naluswa told New Vision yesterday.

She explained that the Police assured her of protection. “I recorded a statement with the Police because I was scared,” she said. When contacted for a comment, the Kampala Metropolitan Police spokesman, Patrick Onyango, confirmed that Naluswa had contacted the Police over some domestic issues.