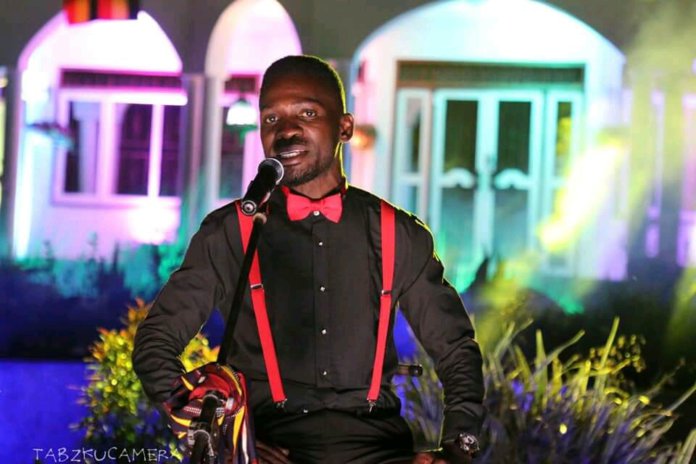 Bobi Wine gathered over 28.8k live viewers on his Facebook page, something which no any other Ugandan artiste has done before, breaking Eddy Kenzo’s 16K Viewers record.

The concert that started at 9pm till late saw people come online on Bobi Wine’s Facebook page and YouTube channel in anticipation of what the singer would showcase even before it clocked 9:00pm.

With a little help from Solid Band, Guitarist Myco Ouma and Music Producer Paddy Man, Bobi Wine performed alongside his music partner Nubian Li at his compound in Magere, in Wakiso district.

Many music lovers were astonished by superb lighting, excellent sound and a well organized performance that lasted over 2 hours nonstop.

The online concert, the first of its kind by Bobi Wine joins a handful of other concerts that have been held online in the midst of the ongoing lockdown aimed at combating the COVID-19 spread in the country.

Thank you very much for the love ladies and gentlemen. Your online attendance was amazing (naye olulala mujja kusasula 😂).
We apologize for the glitches in our internet but we promise you an uninterrupted version of the show on my YouTube channel by tomorrow. pic.twitter.com/YQuLw2Zquw

It should be remembered that this is the first performance Bobi Wine has had in recent times following a ban by the police as a result of his political ambitions.

Bobi Wine who in early 2018 declared his intentions to run for President threatened President Museveni’s long hold on power and a result many of Bobi Wine’s shows have been cancelled with the state accusing him of inciting violence among the populace.