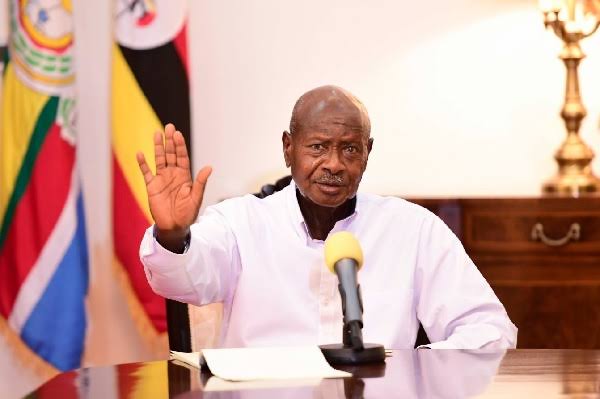 Yesterday, the IMF Executive Board approved US$491.5 million to help #Uganda address the economic impact of the #COVID19 pandemic.

A tweet on IMF Twitter handle read. According to IMF the purpose of the money is bail out Ugandan Economy especially those companies worst hit by the COVID-19 pandemic.

Today, the IMF Executive Board approved US$491.5 million to help #Uganda address the economic impact of the #COVID19 pandemic. https://t.co/aBUbT2rnuC #IMFAfrica pic.twitter.com/4gKo5IRQUe

However many Ugandans aired out different opinions concerning whether the money will be put to it’s full use or rather will benefit just the few. This comes after the government decided to extend the Lockdown which everyone expected to be lifted.

Muhammad Nsereko Kampala Central Member of parliament rallied Ugandans to task the government to give full accountability to this many and demanded Ugandans to be vigilant as this money will lead to a hike in taxes and other economic difficulties. He further asked the following questions

1. If the Economy is OK why is government borrowing?

2. Do you ask your self who will pay back these loans?

3. Do you have any doubt that government can make the same intervention to clear all your loan obligations? Total credit 1 billion dollars.

Your children and grandchildren will now have to pay taxes to pay for loans that benefit a few. Belief is the biggest weapon. NO MORE OF THIS

Other Ugandans took it on social media to show their dissatisfaction.

I hate writing these things because to some people, I may sound like a conspiracy theorist. But I am disturbed by the disease mongering that has become COVID-19. There has not been a cash-cow in recent times as this in Uganda.

And the problem with cash-cows, no one wants to slaughter them. There was a time when the war in Northern Uganda was the cash-cow, then HIV/AIDS. Finally, COVID-19 landed.

I have shared a post of how much money has come into the government coffers. There is even much more than we know of. Yet, we are also being asked to donate to the Task-Force.

Of course I also understand donations were a way for Museveni to gauge loyalty of  organisations. You must learn to understand politics. When Museveni requests on TV, it is not a request, it is an order. But Museveni is not the topic today.

It is a fact that the people responsible for lifting the lockdown have a vested interest in its continuation.

Ask yourself for example, why we have a dismally low number of community tests.

Ask yourself why we are not being told which communities are being sampled.

Ask yourself why there has been no effort to do antibodies tests.

Ask yourself why the numbers surge every time the President is about to speak about the lockdown.

What became of the Iganga baby case? Was it a false positive? It is heyday in government.

There has not been a sweet moment to be a government worker like this one.

Of course it is also heyday in the funding circles. Anything titled Covid19 will be funded. If it is research, they will give you the terms of reference and fund you in hours.

For now, as long as citizens continue proving to the government that they are okay and happy, the lockdown won’t be lifted any sooner. If they are doing an average of 600 community tests per day, by the end of 14 days, only 8400 will have been tested. That is out of a population of 45 million. You know what they will say, they need more time to assess the situation.

So right now, you must realize that it is about the money and control. For the mafias, the more the cases, the better. If they could have a death, even much better for marketing purposes. The mafias are using fear to drive more funds. The beauty about these mafias is that they are clever.

The first thing they bought off was the media. They made sure every newspaper, every radio station, every website, every blog, they have given each an advert of sorts. In that way, no one can critic anything. No scandal is going to come out. This is going to be the ‘cleanest’ government fight. If you control the narrative, you’ve won half the battle.

Then you have control. Museveni has never had a better time than this in recent years. All eyes are on him. With elections on the way, what better way to control political gatherings while bundling them up with bars and concerts. Bodabodas and Taxis are also returning to a new normal.

Although we need order in town, it also meets Bodabodas are losing their independence. Three big companies will run the Bodaboda business. All bodabodas will have to sign up with Safeboda, Uber or another firm. That essentially means these firms you forward will dictate how much they make and how much you pay. It is good for security, but I have learned in life to be careful what I wish for.

If Bodabodas are going to be on 24-hour surveillance, so will you. Forget about anonymous visits to your side dishes. The app will show your trail. And there is no way government is going to handle over this business to a few firms without asking them to open up their systems to the security teams. Privacy as we know it is dead.

After these two weeks, expect one more or two. And then the cycle continues.  A wise man once said; “Uganda used to have mafias. Now the mafias have us.”

Museveni Okays Ending of Lockdown: Everyone to wear Mask but Mosque & Church may remain closed