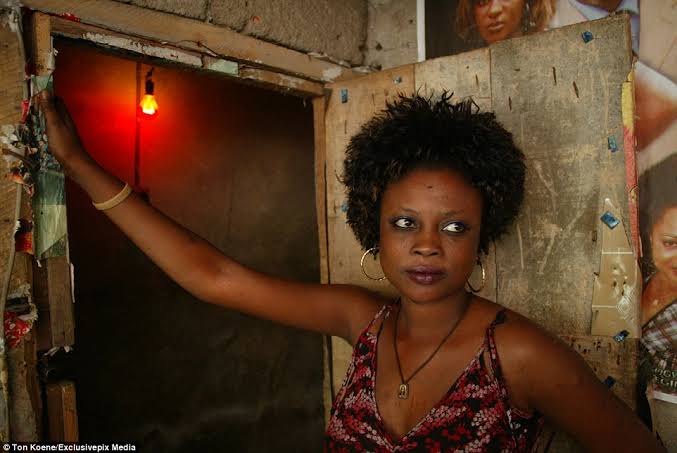 Some sex workers in Busia have developed a new marketing strategy. They are now following up people at their homes and trade from their.

According to the 26 sources interviewed from Marachi D a border place  around Busia one-stop center who have since traded so far with some sex workers have disclosed  to Ugandanz News Website that  these commercial sex workers were now doing there business in a smart way following the closer of bars.

The trends in now common in Ghetto compounds and mostly in rental units where they believe their customers are located.

The Sources have revealed that nowdays the sex workers have developed a smartest approch where by a lady will come and knock at your door or gate and when you come out, she will ask in a sweet and compelling voice;

It seems the Economic implications brought about by COVID-19 lockdown have affected their industry so much.

In Iganga district last week one of sex worker was found with trailer driver immediately after their business transaction. She was later taken for testing and quarantined for 14 days.

The government advised them to stop interacting with trailer drivers since they are known for carrying this contagious disease from neighbouring countries.