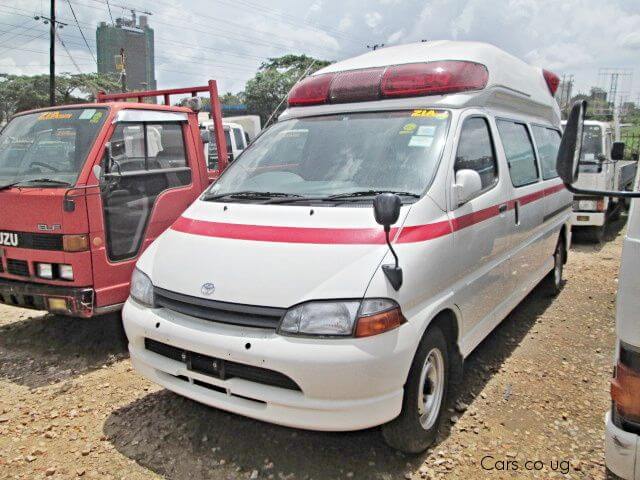 A driver attached to Lalogi Health Centre IV in Omoro district was on Thursday sentenced to 15 months imprisonment over using the district ambulance to carry building materials. Goddy otto, 46, was on Thursday convicted on his own plea of misuse of public property contrary to section 10(3) of the Anti-Corruption Act 2009.

The prosecution contended that on March 21, 2019, at Lapiny Oloyo village, Kolo sub-county in Omoro district, Otto being a public official, knowingly misused a public property-motor vehicle Reg no UG 3506M to ferry bricks. The prosecution further submitted that Otto continuously used the alleged vehicle to carry his own children to school knowing that it was illegal.

Otto was sentenced by Grade One Magistrate Moses Nabende of the Anti-Corruption Court based at Kololo, Kampala. Upon pleading guilty, the state prosecutor, Mulazo Sendawura, informed the court that the convict was a first-time offender who had worked for the state for over 13 years.

“The fact is that the convict was first employed as a district health driver on August 17, 2006, on probation and accepted the appointment on September 4 of the same year. “On January 18, 2017, he was transferred from Gulu to Omoro, where he has been driving the main health facility ambulance,” Sendawura informed court.

The prosecution provided the court with personal records of the convict from public service that truly indicated that he (Otto) committed the offence. Among the documents were Otto’s statements and apologize for the offense. Sendawura asked to court to give the convict a deterrent sentence because he used the ambulance without authority.

“your worship, the offense calls for a maximum custodial sentence of three years or a fine not exceeding 72 currency points or both,” prosecution informed court. A currency point is equivalent to sh20,000. On mitigation, Nabende asked the convict (Otto) whether he had anything to say before his sentence.

“your worship, I have my own problems, the 10 children I have are sometimes sickly and my presence to them is really needed. “My old mother needs me, so be merciful to me and give me a noncustodial sentence,” Otto told the court.

While sentencing him, Nabende informed Otto that it was a selfish act to ferry bricks using a public ambulance that is meant to carry patients. “I, therefore, have to punish you that you act as an example to the would-be offenders. “And I now sentence you to a fine of sh1m and on default 15 months imprisonment.” Nabende ruled. He added that Otto had a right to appeal against the sentence within 14 days.