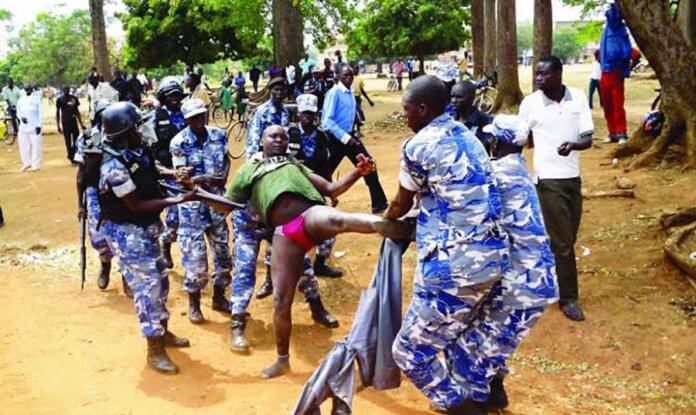 All Police officers countrywide are to undergo mandatory mental checkups to ascertain their psychological status.

The move followed reports to the Police administration that many Police officers were reportedly brutalizing suspects while others have committed suicide.

The mental checkups are to be carried out under the supervision of professors Edward Bantu and Peter Baguma, from the Makerere University School of Psychology. The psychologists have designed a 15-page questionnaire, which each Police officer will be required to answer.

Basing on the answers every officer will provide, the psychologists will be able to assess the individual’s mental status.

Yesterday, the exercise kicked off at the Police Fire Brigade headquarters at Clock Tower, Kampala, where a sample of 30 Police officers were randomly picked from each department to answer the questionnaire. Among other things, the officers will be required to fill in their age, sex, level of education, department of work, area of work, marital status, monthly income and period worked in the force.

Speaking at the launch of the exercise, Christine Oulanya, the acting Assistant Commissioner of Police Welfare, said there is a need to check the cops’ mental health on grounds that some officers brutally handle.

They will be tested on levels of distress, how often they socialize, experience temper outbursts suspects which is unlawful and violates their code of conduct.

“We want to help our officers. Last year, six officers committed suicide, five died in 2017 and seven in 2016. This is what we want to clear out and help these officers accordingly,” Oulanya said.

She revealed that last year, one of their officers in Kampala murdered his wife and then killed himself after he discovered that he was HIV- positive. Prof. Bantu said they will also assess the officers’ suicidal ideation and social integration.

They will also evaluate superior-subordinate relationships, optimism, drug responses, coping strategies and the intimate partner violence of the officers.

“These officers have to be in a good mood while handling people. However, at times they ought not to serve promptly if they are depressed. It becomes worse if they have nowhere to run to. So, as a psychologist that is why we have come out to know the mental health of the officers,” Bantu said.

He added that in case some cops are found mentally ill, they will be rehabilitated and taught self-managerial skills.

“We are going to train a group of officers in skills to help the mentally ill as well as assist them to manage violence against spouses and children,” he said.

Addressing the press after the launch, Kampala Metropolitan Police spokesperson Patrick Onyango said the decision to carry out mental checkups on officers came from the Police Advisory Committee (PAC).

He said PAC deliberated on the issues raised about the conduct of some Police officers and observed that the officers could be stressed, mentally ill or psychologically unstable. Onyango noted that the force, thereafter, got in touch with the School of Psychology at Makerere University.

“This is necessary for our officers as they get involved in nasty situations. For example, a traffic officer who rescues casualties with broken limbs, a fire brigade directorate that goes for emergencies to retrieve a baby in a pit and crime officers who handle murdered victims, these people get stressed and traumatized, hence the need to be checked and helped,” Onyango said.

“However, the data obtained from officers will be confidential and only be used for research purposes,” he said.

The survey will be first of its kind to be conducted in Kampala. What the law says Section 15 (2) of the Police Act 1994 requires the Police administration to retire a Police officer on medical grounds if the officer is declared by a Police medical officer or a Police medical board unfit for further service in the force due to medical, mental or physical incapacity