Home Politics “We can’t lose sleep due to defection of a corporal” People Power... 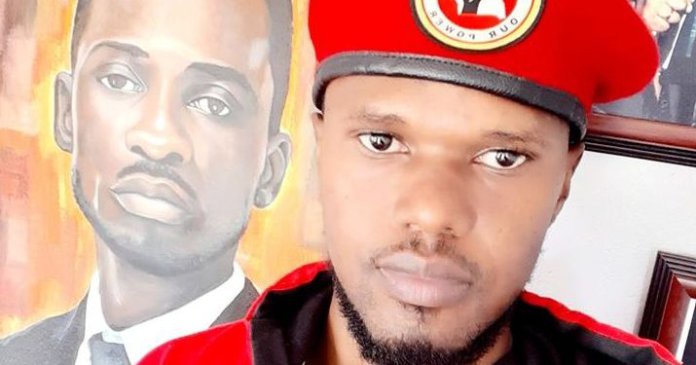 The People Power movement has said they will not lose sleep because one of their members defected to the ruling National Resistance Movement(NRM).

On Saturday, for the first time, the People Power movement spoke about the defection in a public arena.

“Just like a hunter, let’s not lose sight of the gazelle just because a squirrel has dashed by. Some comrades in the struggle will even fall off for whatever reason, but let’s keep moving. When a corporal defects (and many corporals will defect), let’s not lose sleep, what’s important is that the Generals remain,” People Power spokesperson, Joel Ssenyonyi posted on his facebook account.

He asked the movement supporters to keep their eyes glued to the “ball” rather than being distracted by small matters like Ashburg Kato’s defection.

Following his defection, the controversial blogger stung the Kyadondo East legislator, saying there was nothing to show from his association with Bobi Wine.

“Apart from posting us, taking pictures with him and his family, giving us mentions, making for us cheap parties at Busabaala, what else sensible has he ever done for us and the entire firebase army or people power fraternity,” Kato questioned.

This has since attracted a backlash to Kato from mostly People Power supporters who accused him of having betrayed their cause.

However, in a message that many have since interpreted as being targeted specifically to Ashburg Kato, the People Power spokesperson said there is a lot of propaganda going around concerning their movement but warned supporters of being distracted by the same.

“As we keep gaining ground, not everyone will be happy about our progress, and so the detractors will do everything to cut our speed. One of the ways in which this is done is through propaganda. Many things have been said, and will be said in a bid to cause disarray in our camp, but let’s remain focused,”Ssenyonyi said.

He warned People Power supporters against fighting each other.

“Let’s keep our eyes on the ball. And as far as I’m concerned, the Generals are the Ugandans out there who are yearning for change, whether they be in the ghetto or in the upscale suburbs, educated or not, rich or poor, but want to see a country better than the one we have now.”