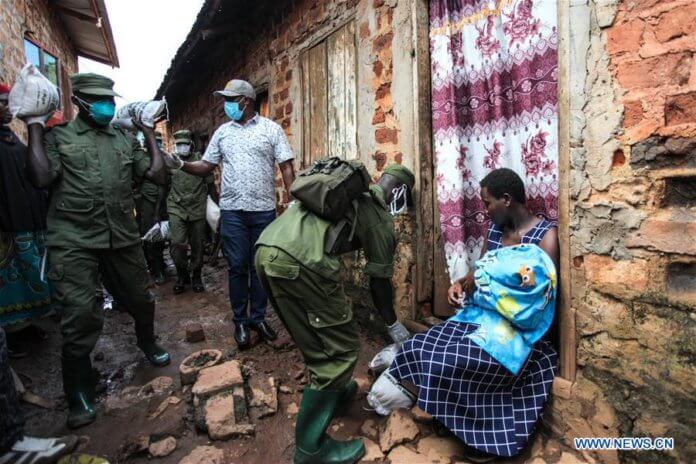 Three men in Nakulabye Zone Four in Kampala have been arrested by security agencies after they were found receiving relief food twice.

“I have been warning people against compromising the relief food distribution exercise, but today we have arrested three men for picking food twice,” Benny Namugwanya, the state Minister for Kampala, said on Friday.

We started the distribution of food in this zone on Easter Sunday, but today, we have arrested Henry Kiwanuka, Mpungu Kinobe and Bernard Ahimbisibwe, who moved from one house to another, claiming to be occupants, she said.

According to the distributors, the three men came to get food for the second time, yet they had already been given.

“Your selfish actions can cause another person to starve,” Namugwanya warned. The minister applauded village chairpersons who assisted the security agencies in arresting the suspects. She said the arrests should serve as a warning to others who harbour similar plans.

If the practice continues, the family head, village chairperson and intruder will all be arrested. Pius Katimbo, the chairperson of Nakulabye Zone Four, said Kiwanuka feared to receive food from his workshop, so he decided to go and get it from a friend’s place.

When the food distributors did a quick check, they found out that he did not belong to that household.