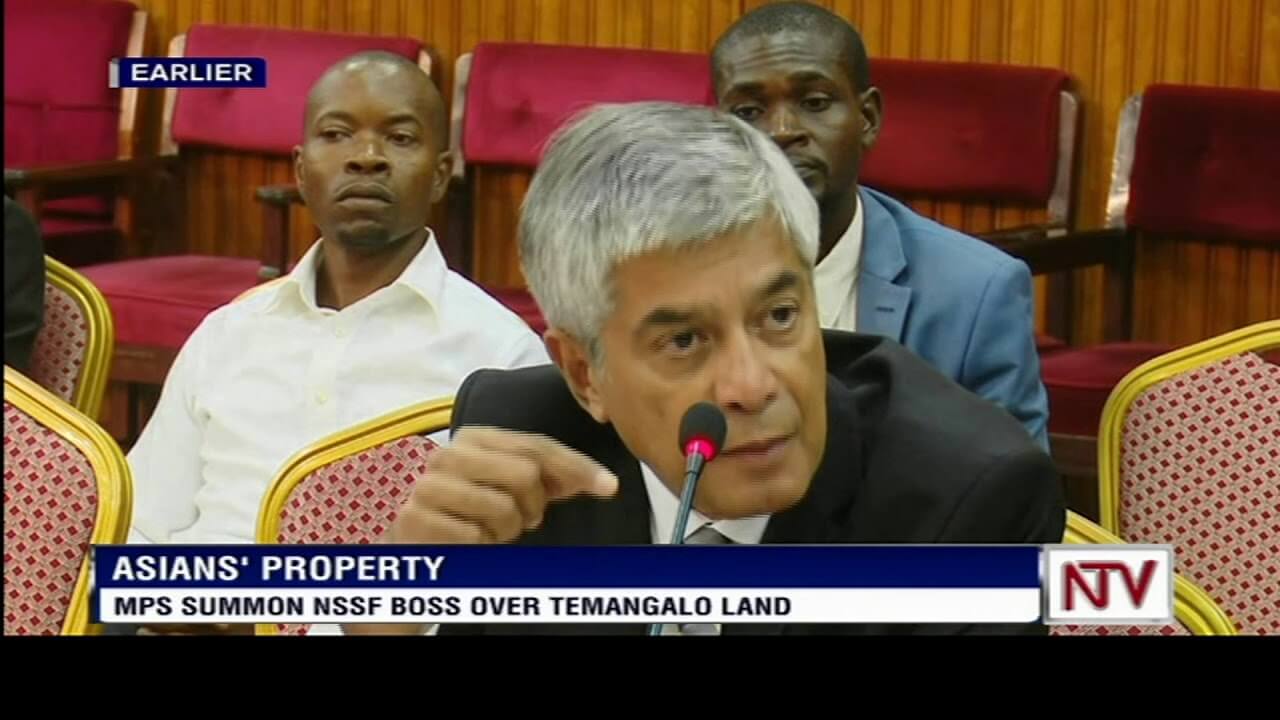 To resolve the mystery shrouding ownership of the controversial National Social Security Fund (NSSF) Temangalo land in Wakiso district, MPs have called for a resurvey of the contested 366 acreages.

The lawmakers on the Committee of Commissions, Statutory Authorities and State Enterprises (COSASE) under the chairmanship of Ibrahim Kasozi, yesterday implored those aggrieved by the current possession of Temangalo to consider undertaking a resurvey of the land by the department of survey and mapping in the Ministry of Lands, Housing and Urban Development.

“We want the commissioner for survey and mapping to resurvey these blocks of land because they (Asians) are claiming that NSSF bought land in Kitala while the land they grabbed from them is the one situated at Temangalo. Therefore, the only way to know the truth is carrying out a new survey,” Muhammad Nsereko (Kampala Central), said.

This followed a revelation by a one Nazim Moosa who accuses businessman Amos Nzeyi of grabbing Temangalo from his family that the land in question is different from that which the former sold to NSSF at sh11b in 2008.

According to Moosa, his private investigations and a land search at the Wakiso district land board reveals that NSSF’s initial interest was on land in Kitala, Busiro County, registered under block 296, while Temangalo on which their family estate possessed lease interest is NVI6 Folio 7 all inWakiso district.

COSASE is currently investigating the status of the Departed Asians’ Property Custodian Board, following numerous reports that individuals and government officials were fraudulently possessing Asian properties.

Moosa who has previously appeared before the Justice Catherine Bamugemereire-led commission of inquiry into land matters, told MPs that Nzeyi in 1993 deceptively occupied the Temangalo land before selling it to NSSF, yet it was registered as a leasehold under M/s Temangalo Tea Estate that was owned by his father, Muhammad Hassanali Moosa before Asians were expelled by Idi Amin in 1972.

Nazim, a retired banker based in Canada said they have copies of title deeds claiming the Temangalo land that his father obtained in 1924 from Daniel Mugwanya Kato, as a leasehold stretching over 70 years.

“We have the original leasehold titles in our possession for a tea estate and a poultry farm on Temangalo. In 1983, we applied for restitution of the estate through the United Nations but we were unable to return because of the political turmoil then. However in 1993, when we instructed our lawyer, Peter Mulira, to actualize the restitution, he discovered that Amos Nzeyi was occupying our land,” Moosa narrated.

He said when they contacted Mugwanya’s family, they said they were not aware of Nzeyi’s interest on the land and that that was corroborated by Mulira who told them Nzeyi’s title forTemangalo is not in the land registry.

According to Moosa, by 1983 Temangalo had been handed to Kiseka Foundation, but it later changed ownership to Abbas Mawanda, who sold it to Nzeyi in 1993, before it was transferred to NSSF in 2008.