Home International News Rwandan Rebel to Kagame “If Uganda supports me, you won’t be in... 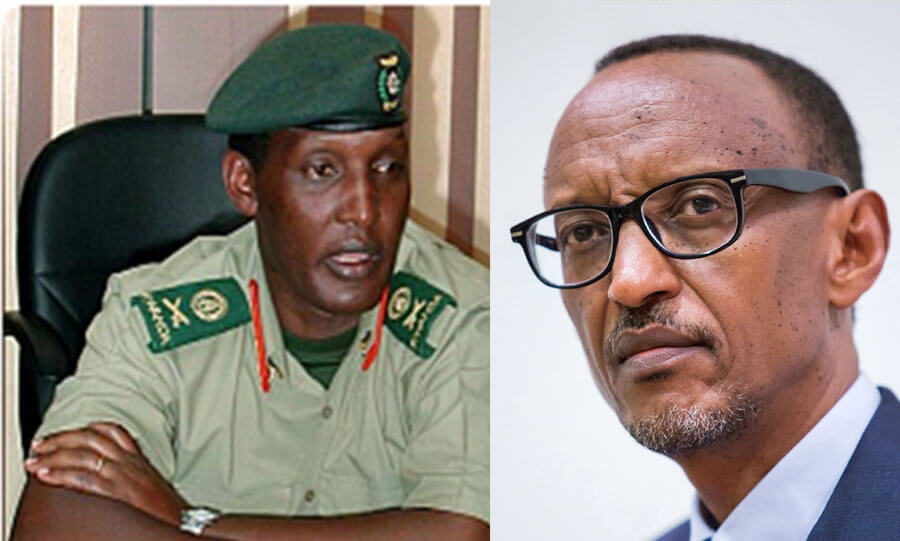 He spoke to Uganda’s New Vision on why he fell out with President Kagame and his plans for Rwanda. Nyamwasa, 57, grew up as a refugee in Uganda where he received all his education, graduating with a degree in law from Makerere University. Below are some parts of the interview he had with Saturday New Vision Uganda’s leading News Paper

What do you think is the cause of Rwanda-Uganda standoff?

Paul Kagame thinks he can control, dominate and dictate to neighboring countries. If any other leader wants to assert his authority in his country, it becomes a source of tension and conflict.

Look at what has been happening in DRC for decades, to the extent of lobbying for reversal of a court decision after announcing an election in DRC. He quickly forgot accusations that he had rigged his own election to the tune of 98%.

Tension with Tanzania was palpable during the time of president Kikwete. It is common knowledge that Rwanda facilitated a failed coup d’etat in Burundi. Even with Kenya, the Rwandan embassy was closed in the late 1990s because of assassinations.

Ugandans should take solace that they are not alone, faced with an aggressive and belligerent Rwandan foreign policy.

What do you say about Kigali’s claims that Uganda supports you to destabilize Rwanda?

If Uganda was supporting me, they would not be in power. They know very well what happened when Uganda supported them (although they deny it now).

What do you say about Kagame’s claims that Uganda is sourgraping because of the defeat in Kisangani?

That is insensitive and uncalled for, for a national leader. What did he gain from that war? One wonders how a sane human being claims credit for killing his brother or friend. Nobody won in Kisangani. It was a terrible shame for both sides.

Have you approached Uganda for support to fight Kagame?

We wrote to President Kagame seeking a peaceful dialogue. We have approached many governments to assist in resolving the Rwandan political impasse, including Uganda. That can hardly be interpreted as seeking support to fight.

What are the objectives of RNC as an opposition group?

Institutionalize democratic governance, particularly the rule of law in all its aspects, stop and prevent violent conflict and eradicate a culture of impunity for human rights violations, create a conducive, progressive and inclusive environment for social and economic development.

What do you say about reports that the Rwandan intelligence has infiltrated Ugandan security agencies to undermine the Uganda government?

I do not have any clear information about that. However, it is not only Uganda that complains about cross-border Rwandan intelligence operations.

Sweden expelled a Rwandan diplomat for illegal operations. Assassinations in SADC countries carried out by Rwanda are well documented.

The examples are inexhaustible. In that regard, not all countries are wrong and Rwanda is right.

Describe Kagame, the man and Kagame the President?

I am not the best person to describe him. Read human rights reports, international media, court decisions in South Africa, the East African Court of Justice in Rugigana’s case and the African Court in relation to Victoire Ingabire, you will then understand him.

If a President allocates himself 98% in national elections and admits that he kills people at a government retreat or prayer breakfast, how can I describe such a person? If you have a leader who closes an official border in the 21st century, it is just amazing.