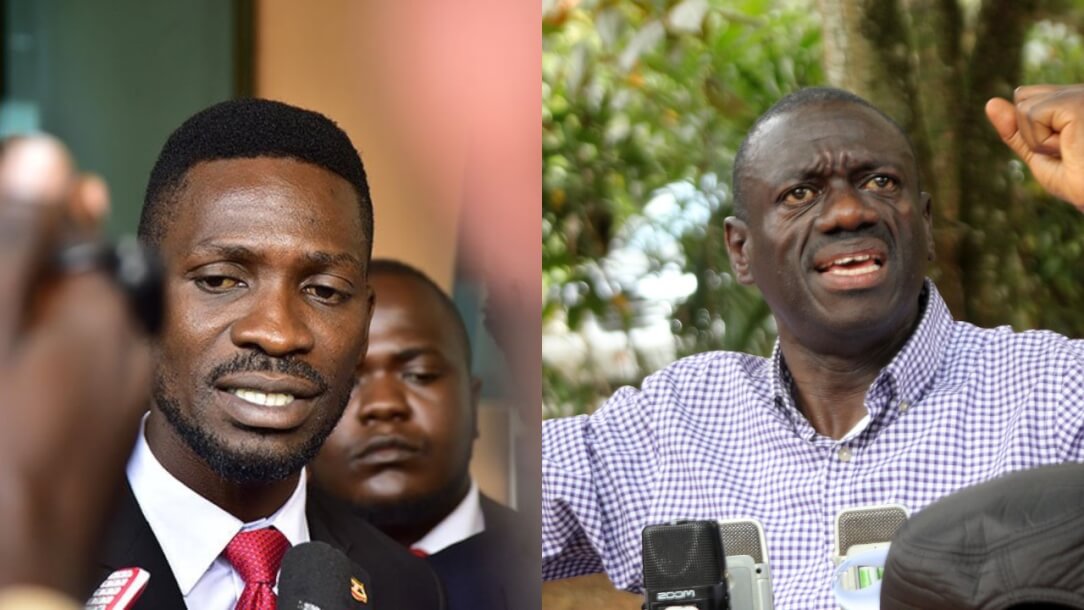 After a group of top elite opposition members led by the Democratic Party agreed on an understanding to work jointly against Museveni ahead of the 2021 elections, guns were inevitably turned against Forum For Democratic party DR Kizza Besigye, who has been leading the struggle of  opposition for close to 20 years.

“Besigye does not want unity unless he is the one chosen to lead the effort,” Said Amama Mbabazi who was seen failing miserably in the 2016 elections.

Many people supporting Besigye were left puzzled by the statement by one of politician who is popularly known for saying that “he will announce when the right time to announce the next political move…is announced”, appeared to be accusing his political miscalculations and failures in 2016 on the fact that Besigye had not given way.

“So why does Besigye shun other opposition parties when they come together to ostensibly remove Museveni? Is he a coward?” an opposition activist

Let’s first understand the meaning of the word “coward.” If we are to understand why Besigye is labelled a coward.

A ‘coward’, according to English dictionary, is a “person who is contemptibly lacking in the courage to do or endure dangerous or unpleasant things.”

Now I believe you have grasped the full meaning of the word coward, Lets trace Besigye’s past political timeline for the last 20 years he has been in the struggle.

Cowardice is a trait wherein fear and excessive self-concern override doing or saying what is right, good, and of help to others or oneself in a time of need—it is the opposite of courage. As a label, “cowardice” indicates a failure of character in the face of a challenge.

To rephrase exactly what the Democratic Party President Mao’s words, “Meal Card Politicians” are those individuals who sign up for politics to get hold of a meal card to be able in acquiring their next political meal. They treasure the meal card and will do anything to safeguard it.

And when it comes to Uganda’s politics, the variety of meal on the buffet is enormous.

The meal menu include “Posho and Beans Politics” which is so common to most of local politicians on the opposition side who fight vehemently to stop any injustice prevailing in the society. This politics is tough and rough it involves being broke and constantly persecuted by the Security agencies

The next and most preferred politics meal is “Chips and Chicken Politics” prevailed by on the ruling party side.These have excess when it comes to resources and can easily bait the “Posho and Beans Politicians” to join them and have the “good life.”

But remember at Makerere University we used to have students who had found a way of using the same meal card to eat “double” especially on Thursdays when they used to prepare chicken at lunch time. Imagine if those individuals graduated into politicians, they could take this bad “Lumumba sijuyi Nsibirwa Hall” practice to the national stage.

These are not afraid to be seen eating “Posho and Beans” at lunch but at dinner time, when the sun has set, they will munch “Chips and Chicken” while putting a veil over their heads. They are known and believed to be eating “double.” They are known as noise makers.

Besigye has certainly dealt with so many meal card politicians that the names are too many to enumerate here. But three names stand out in the recent past. Mama Mabira, Uncle Mahogany and Mukyala BONK.

Uncle Mahogany became a critic of government the moment he was chased off the Chips and Chicken high table. When Besigye attended the last funeral rites of his mother, Mahogany described him as a “true freedom fighter.” Thereafter Mahogany joined the opposition and made noise about his son being killed in a staged accident.

After another shrewd politician lent him his political party, he joined the race to become the opposition flag bearer under the platform of Total Disunity Alliance (TDA). When he was not selected he cursed other members of TDA , went to his knees and pleaded with the Chicken and Chips group to have him re-admitted. They accepted and threw him a couple of drumsticks. He went quiet.

The second is Mukyala BONK who before she joined the Chips and Chicken table had a pending court case hanging over her head.

BONK, in a newspaper article alleged that of alleging that nani…comes from a neighboring country. BONK had a pseudo political platform and she too was critical of the politicians on “Chips and Chicken” table. Somehow, she made it to the Total Disunity Alliance and for a moment, she was under consideration as the opposition flag bearer for the 2016 elections.

Yet after her failed parliamentary bid, she turned against her fellow Posho and Beans eaters. She complained that some of them including Besigye wanted to dominate the dining table and were taking the bigger share of the Kawuukumi infested beans.

All of a sudden, she started praising the Main Chef on the opposite side. That at least he knew how to mix the ingredients and accommodate other people. Her praises did not go unnoticed. Before long, she was invited to the Chips and Chicken table in a senior capacity. In fact, mbu she is the one who counts the pieces of chicken before they are put on the plate.

With the 2021 meal being prepared, many Posho and Beans politicians are hovering around the kitchen with their meal cards. Some have stacked the cards in their shirt pockets, others in their stockings while I have seen a few ladies who have kept them in their bras.

Some have formed alliances to make them more visible to the other side.From experience, Besigye has already spotted some of them. He knows they are just waiting for the bell and the call to dive into the food. May be the right term to describe Besigye, I said, should be cautious.