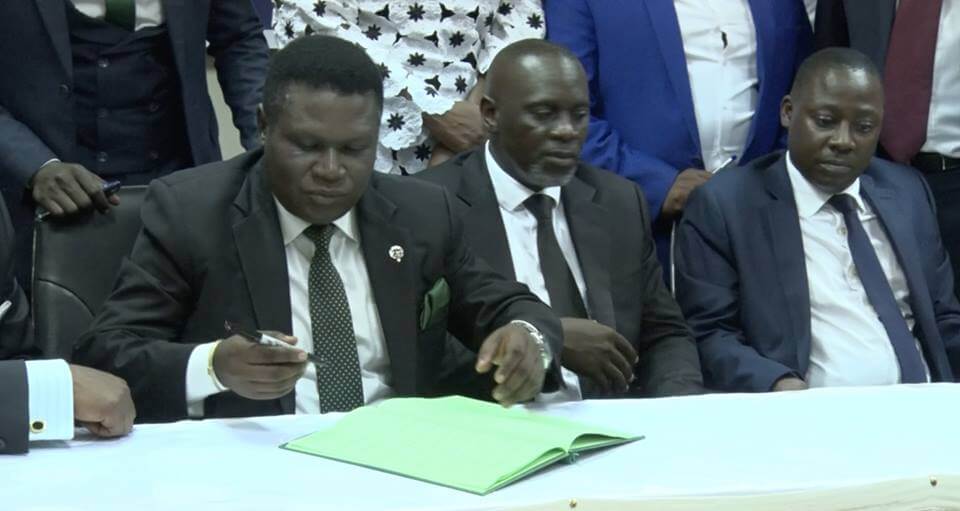 The Forum for Democratic Change (FDC) party has advised fellow opposition players against taking decisions on the coalition to challenge the National Resistance Movement (NRM) in 2021 general elections in boardrooms, but move out and consult Ugandans.

Addressing journalists at a weekly press conference at the party headquarters in Najjanankumbi, Wakiso district yesterday, the party deputy spokesperson, John Kikonyogo, disclosed that the party would be consulting Ugandans on the matter.

“We have been quoted everywhere that we are against alliances, which is not correct. As FDC, we are considering the fact that people know what they want, which may be different from what we leaders in our boardroom meetings agree on,” Kikonyogo said.

Reacting to attacks on the FDC and Besigye, Kikonyogo demanded that DP president General Nobert Mao should apologise on behalf of the DP bloc. Kikonyogo maintained that the attacks were uncalled for.

“How can you spend huge amounts of money to organise a function, then use it as a platform to attack others instead of telling Ugandans your programmes?”

“As the party we have a right to defend Besigye, because he has our party card and he remains our

However, Kikonyogo could not tell whether the party would formally demand an apology by writing to DP or not. During the ceremony, the president of People’s Development Party, Abed Bwanika, who vowed to fight Besigye and ensure that he does not appear on the ballot paper in 2021, faulted him and the Forum for Democratic Change leadership for working to undermine opposition unity.

“Ugandans have voted Besigye for the last 20 years, but he has failed to deliver victory, let him rest along with President Yoweri Museveni,” Bwanika stated.

He revealed that the party was treading carefully on who to ally with. Leaders of the Democratic Party (DP), Social Democratic Party (SDP), People’s Development Party (PDP) and the Truth for Justice (TJ) pressure group signed a memorandum of understanding (MOU) last week to form the ‘DP bloc’.

During the function at Hotel Africana in Kampala, some opposition leaders attacked FDC and its former presidential candidate, Col Dr Kizza Besigye for allegedly frustrating efforts intended to unite the Opposition to challenge the ruling NRM’s President Yoweri Museveni. Kikonyogo, who welcomed efforts to unite insisted that FDC was cautiously examining the ongoing coalition efforts considering the mistakes that failed the past attempts to form opposition coalitions.

The Democratic Alliance (TDA) in 2015 failed to choose a single candidate to challenge Museveni in the 2016 presidential election after nearly a week of deliberations. The Inter-Party Cooperation (IPC) formed by several opposition political parties, including FDC, DP, Uganda People’s Congress (UPC) collapsed prior to the 2011 general elections.

The members disagreed on whether they should participate in an election organised by Badru Kigundu, the then Electoral Commission (EC) chairman or not. According to FDC, the DP bloc is a fantastic idea, because in the case of coalition discussions it would be easy to negotiate with a bloc than individuals. He suggested that it would be better if DP brought all the other factions on board.

The Lord Mayor of Kampala, Erias Lukwago and Mukono Municipality MP Betty Nambooze of the Ssuubi pressure group, among others, remain detached from DP and subsequently absent from all the activities intended for party unity. Besides their absence at the MOU signing ceremony, the two also did not attend the grand Uganda Young Democrats (UYD) and DP reunion held in May last year at Makerere University Rugby grounds, which has resulted in the DP bloc.