Home Politics Open letter to Muhammad Nsereko (after he received money from M7) If... 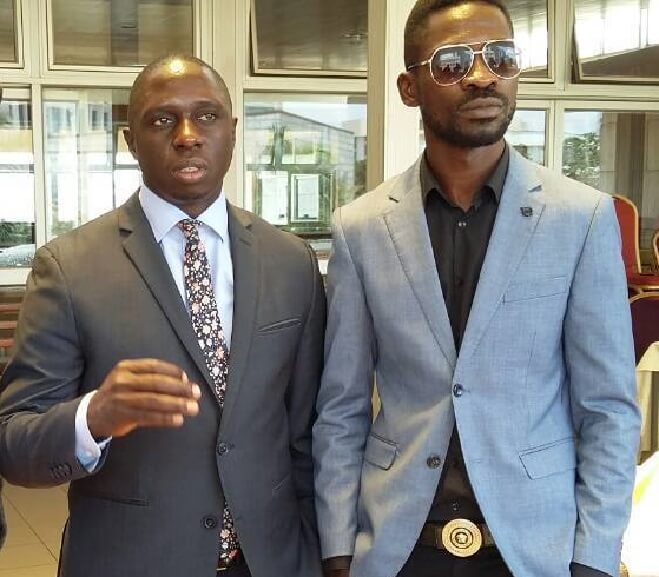 I saw your post today where you shared your private chat with Bobi Wine. In this chat, you were asking him to clear the air over media reports that you had fallen out with him over Museveni’s deal.

I took the time to read through the content of the report. It was alleged that you visited Bobi Wine and asked him to abandon the struggle and meet president Museveni and you suggested you can call the president and schedule a meeting in a secluded place of which Bobi Wine declined.

Let’s all note I used the word ALLEGEDLY cos it would be true or false. Bobi Wine smartly responded to you that definitely, he had seen a few falsehoods put out on social media meant largely to divert us from the main cause of uprooting Museveni out of power…

I have always respected you as a seasoned politician, very articulate and vocal but it seems like you have never read or received Bobj Wine’s memo at all.

Let me bring you up to speed. Bobi Wine doesn’t clear air on any kind of smear campaign or propaganda. There is one instance that I really thought he was going to respond to because it involved his son, a minor and it was very disturbing and traumatizing to a teenager, but he still refused to respond on the matter and it faded away and trust me Ugandans easily forget..

The blessing in disguise for Bobi wine is that he has an army of diehards who address all issues thrown at him. Sometimes they will abuse, dig up all the dust of that person who has attacked their Fadha, insult his mother, father, children, the dead and those yet to be born.

Sometimes I hate the aggressiveness but it works. They have managed to shut down some of the seasoned Bobi Wine attackers. In fact, Bobi Wine is now referred to as the UNTOUCHABLE. You attack him at your own risk because, by the time the diehards are done with you, you will curse why you were born.

My advice to you my eloquent MP is to deploy the same tactic. Bobi Wine can’t clear the air for you, if he never did it for his son then he won’t do it for u. His main goal is to oust Museveni not to respond and fight whoever paddles lie against him.

Just imagine if Bobi Wine took out time to respond to Bebe Cool, they would still be going back and forth over the nonsense that doesn’t develop Uganda…