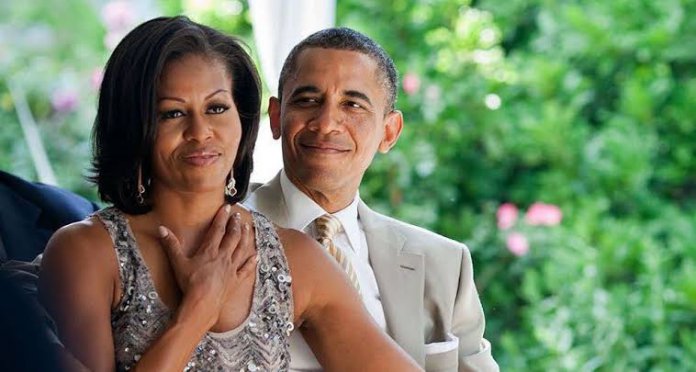 The film won the Academy Award on Sunday for “Best Documentary Feature.”

The project from filmmakers Steven Bognar, Julia Eichert and Jeff Eichert followed the story of an Ohio factory after it was reopened by a Chinese billionaire.

The 44th president and first lady didn’t appear on the Oscars stage to accept the award, but Bognar and the Eicherts thanked the Obamas’ production company, Higher Ground, during their acceptance speech.

While produced by Higher Ground, the Obamas weren’t personally nominated for the Academy Award.

Congrats to Julia and Steven, the filmmakers behind American Factory, for telling such a complex, moving story about the very human consequences of wrenching economic change. Glad to see two talented and downright good people take home the Oscar for Higher Ground’s first release. https://t.co/W4AZ68iWoY

The former president congratulated the filmmakers on Twitter following the documentary’s Oscar win.

Obama had said last month after learning that “American Factory” had been nominated for an Oscar that it was “the kind of story we don’t see often enough and it’s exactly what Michelle and I hope to achieve with Higher Ground.”

“Congrats to the incredible filmmakers and entire team!” Obama wrote on Twitter.

Netflix announced it had inked a “multi-year” deal with the Obamas in 2018 to produce films and series for the media giant.