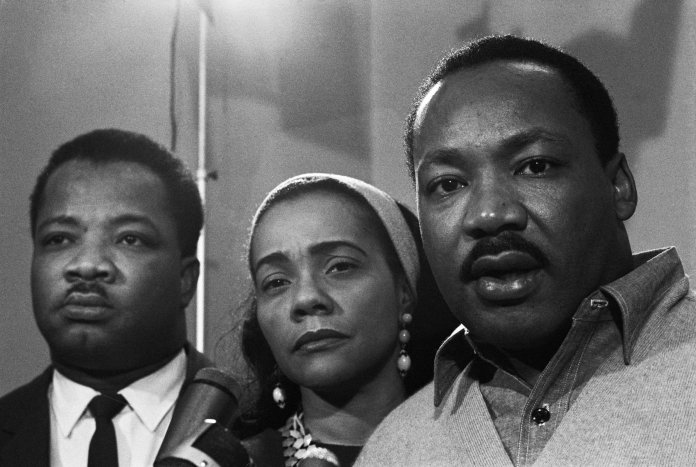 He was a Morehouse graduate, a preacher and civil rights leader. His home was once bombed because of his commitment to justice and his death is still somewhat of a mystery.

This bio reads like that of Dr. Martin Luther King, Jr. but in fact, it refers to the Rev. A.D. King. On April 4, 1968 Dr. King was assassinated in Memphis. He was a guest in room 306 at the Lorraine Motel.

In the room directly under him was another guest, Rev. A.D. King. History remembers MLK well but with him every step of the way was the Rev. A.D. King.

In 1968 the Fair Housing Act was signed into law by President Johnson. That law was largely modeled after Kentucky’s open housing ordinance, the culmination of a movement pushed by the Kentucky Christian Leadership conference: it was founded by A.D. King, who also served as chairman from 1965 until 1968.

Prior to that he pastored in Birmingham and was a leader in the Birmingham movement, serving alongside of his brother.

In fact, A.D. was one of a small handful of preachers who went to jail in Birmingham, along with his brother. Dr. King’s famous Letter from Birmingham Jail was penned on April 16, 1963.

On the 11th of May, A.D. King’s home was bombed and still, he led a prayer march into the heart of Birmingham, days later. A.D. King didn’t scare.

When Dr. King was assassinated in April of 1968, he was working on a sermon titled, “Why America May Go To Hell.” King was killed on a Thursday but the sermon was still preached that following Sunday at Ebenezer Baptist Church, in Atlanta.

The preacher that day was dynamic and his name was Rev. A.D King. In September of that year, A.D. was installed as co-pastor of Ebenezer Baptist. The homecoming wouldn’t last long, however.

On July 21 of the following year, nine days before his birthday, A.D. King’s son, Derek, saw a body in the family swimming pool. That body was the Rev. A.D. King, who was in his underwear. By all accounts A.D. was a fantastic swimmer, something must have gone horribly wrong.

According to Derek, the emergency responders said upon arrival, “Ain’t no water in his lungs, he was dead before he hit the water.” King’s wife, Naomi, was on vacation at the time. When she came back to see the body, she noticed bruises on his forehead and dark rings around his neck.

Officially, A.D. King’s death was ruled a suicide but the family has never been convinced. In fact, A.D. King’s autopsy was never made available.

As Naomi King has said, “There is no doubt in my mind that the system killed my beloved husband, the Rev. A.D. Williams King.”

A.D. King’s work and legacy lives on through the A.D. King Foundation, which was launched by Naomi King. Dr. Babs Onabanjo leads the foundation today and has produced a documentary on the life of the Rev. A.D. King, which can be seen by clicking here. A.D. and Naomi had five children, Derek and Alveda King still remain today.