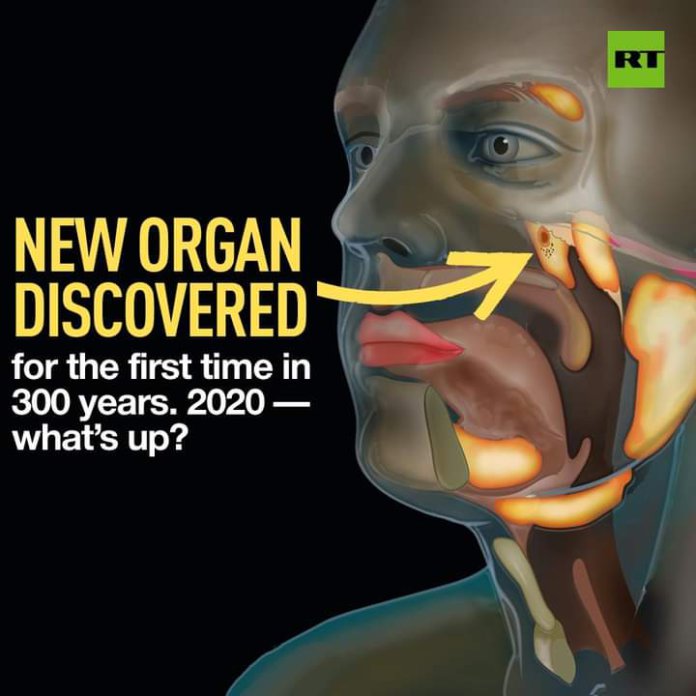 Researchers have discovered a new organ in the human throat while scanning for prostate cancer. Quite the reach…

No one was expecting to discover a new body part this year, not even scientists. Especially when they thought they had ticked off all our salivary glands 300 years ago.

But this accidental and game-changing revelation by a team of researchers – including experts from the Netherlands Cancer Institute – shows there are ‘previously overlooked bilateral macroscopic salivary glands’ deep in the human throat, which they’ve christened ‘tubarial glands.’

The study was published in the journal ‘Radiotherapy & Oncology’.

The glands were reportedly found while scientists were scanning for prostate cancer cells using a method that involves injecting cancer patients with a radioactive tracer that binds well to the protein PSMA, which is elevated in prostate cancer cells, and also high in salivary gland tissues.

Doctors try to avoid the main salivary glands when giving patients radiotherapy for treatment of cancers in the head and neck, as damaging them could create difficulties eating, speaking, or swallowing.

But despite using a combination of scans that are adept at detecting and avoiding salivary gland tissues, the tubarials were still being hit by radiation.
As doctors had no idea they existed, patients were feeling unexplained side-effects. Being able to spare these glands could improve their quality of life.

The glands had apparently gone undetected due to their location, hidden at the base of the skull. Though visible to the human eye, they are so small, they were picked up only by very sensitive imaging technology.

The researchers have now examined more than 100 patients and found that all of them had the glands. Their purpose is likely to moisten and lubricate the upper parts of the throat.