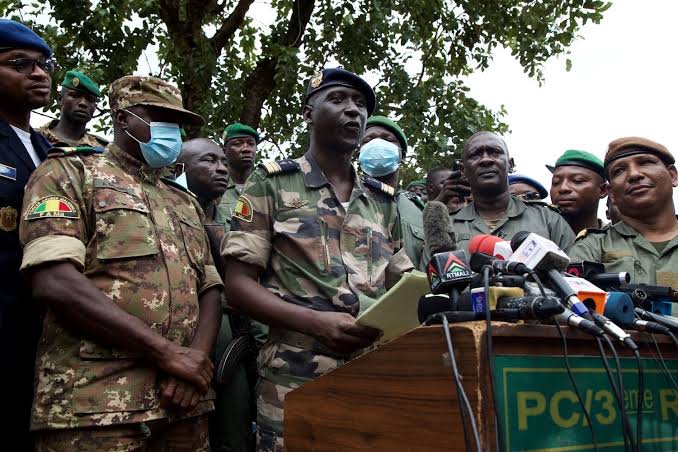 The African Union has issued an official statement in the wake of rising political instability in Mali which led to the President and Prime Minister’s arrest on Tuesday by mutinying soldiers.

The communication was issued by the Chairperson of the African Union Commission Moussa Faki Mahamat.

“I strongly condemn the forced detention of President Ibrahim Boubacar Keita of #Mali, the Prime Minister and other members of the Malian government, and call for their immediate release. My full statement:” He tweeted.

President Ibrahim Boubacar Keita of Mali and Prime Minister Boubou Cisse were reported to have been arrested on Tuesday night by defiant soldiers.

The soldiers fired gunshots into the air and escalated recent fears of possible coup attempts after several months of street unrest calling for the resignation of the two top leaders.

The country has had low moments of political instability for the last seven years since it was plunged into another coup in 2012 which ushered in the Islamic wave to take control.

Tuesday’s attempted coup in Mali has thrown the country into further political confusion after the President resigned and dissolved parliament after the military forced detention.

In a short televised address, he was resigning from office to avoid further loss of innocent lives of citizens “I want no blood to be spilled to keep me in power,” he said.

Earlier in the day, tensions began building up in the garrison town of Kati, the spot where the 2012 coup was plotted in the same manner.

Rebel troops took up the weapons, moved to the private residence, and began firing the shots before taking the leaders into custody.

Prime Minister Cisse was seized and detained when he tried to plead with the rebels to lay down their weapons.

While the European Union has strongly condemned the coup, the ECOWAS announced imposing sanctions on Mali.