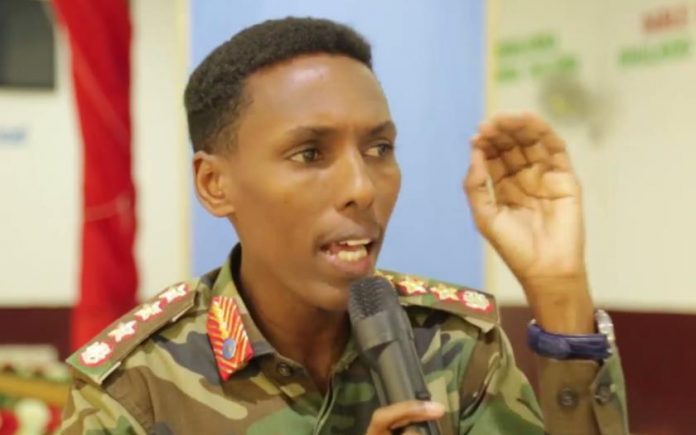 General Odowaa Yusuf Raage was appointed by the Somali President, Mohamed Abdullahi Mohamed after the 32-year-old received training from among other countries, Uganda.

“Congratulations to Ugandan trained General Odowaa Yusuf Raage the new Commander of the Somali National Army (SNA). At 32 years old he is now the youngest Chief of Defence Forces in the region. Our prayers and good wishes to you General and our brothers and sisters in Somalia,” Lt Gen Kainerugaa tweeted on Tuesday.

The new Somali army boss attended military training in Uganda for one year where he underwent studies in VIP protection before he later became an instructor to new Somali recruits sent to Uganda.

His appointment makes him the youngest Somali commander in the military at just 32, having been born in 1987.

Between 2002-2005 he attended his secondary education in Mogadishu after which he joined the army in 2007.

In 2009, he went to Sudan for further training. A year later he returned home as a one-star general and attended a 45-day seminar at Haama dhowr school in Mogadishu, according to to the Mogadishu based Radio Dalsan.

While passing out UPDF cadets last month, President Museveni said that Kabamba Military Academy would soon metamorphose into a Military University that will award degrees to qualified soldiers and equip with specialized military skills ranging from intelligence gathering and modern warfare.

The commissioned cadets last month included 20 Somalis, who received training as part of the process of beefing up the Somali National Army ahead of the proposed transition from the African Union Mission in Somalia (AMISOM) to the national army in the conflict-torn country.