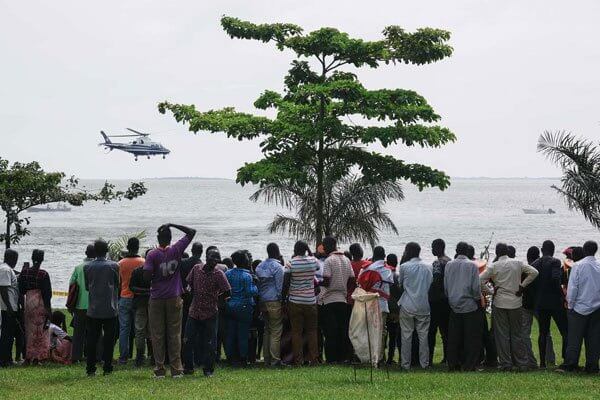 The death toll from the boat accident that was carrying footballers on Lake Albert on Sunday has risen to eight. This was revealed by Police after it recovered five more bodies on Monday.

The Albertine regional Police commander, Denis Obura, said their preliminary investigations indicate that the accident was caused by overloading and bad weather, which saw strong winds overturned the boat as it set sail.

“We have so far retrieved eight bodies. Three were recovered on Sunday, while five have been retrieved today,” Obura said. According to Police reports, there were over 32 survivors who were rescued by fishermen and the Police.

Obura said the Police, together with the Uganda People’s Defence Force (UPDF), would carry out a search for any bodies that may not have been found as yet.

Emmanuel Ageno, 20, another survivor, explained that they were alerted of possible danger by the amount of water in the boat, just after setting off. He said most of the people on the boat did not take the warnings seriously.

Ageno said he managed to swim to the shore. This is not the First time a boat has capsized on Lake Albert. On December 25, 2016, at least 30 footballers died on the lake after their boat capsizes in Buliisa. The boat had 45 people on board, mainly members of the football team and their fans.